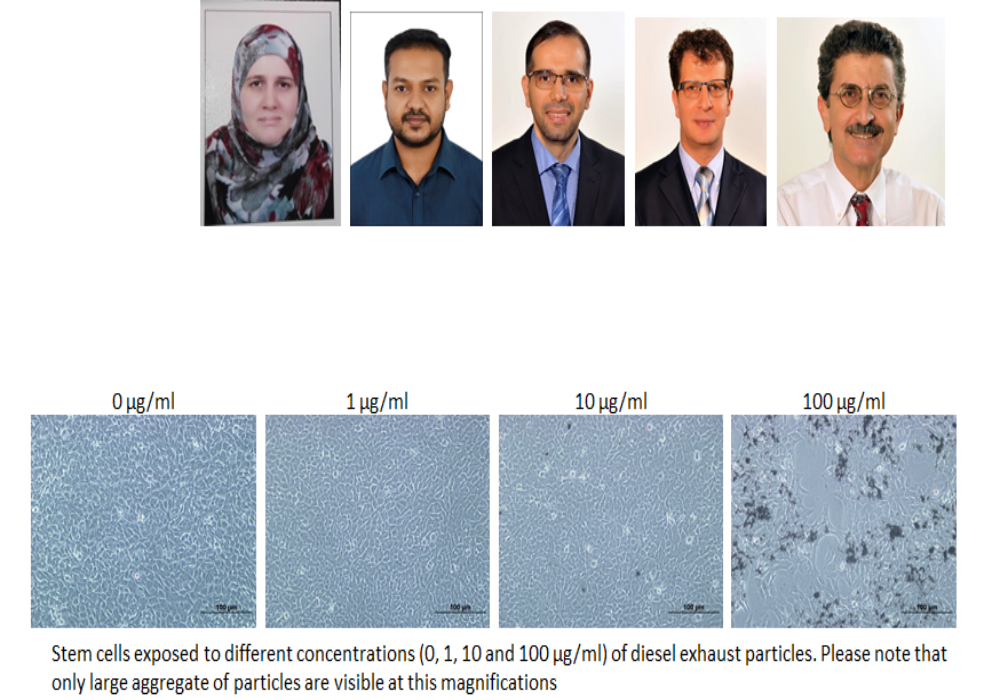 The research team explained the effect of fine particles from automobile exhaust on gastric stem cells, which the human body is often exposed to. The researchers concluded - according to Dr. Sherif Karam - that gastric stem cells have the ability to resist oxidative stress and programmed death when exposed to diesel exhaust particles. However, this is done at the expense of their stem properties. These results help understand some of the diseases that may occur due to environmental pollution, and may also help develop methods for treating them.

The stem cells are known to have special importance in the formation and maintenance of the human body, and are also used in tissue engineering and treatment of some serious diseases. However, little is known about the factors that affect the biological features of these cells, and some auto-factors that affect gastric stem cells were previously revealed in cooperation with researchers at Washington University in St. Louis and the University of Strasbourg in France.

In the study, the researchers used a sample of stem cells in the laboratories of the College of Medicine and Health Sciences at the United Arab Emirates University and then added increasing quantities of diesel molecules (1, 10 and 100 micrograms) per milliliter of solution in which the stem cells were grown for a period of 1 to 72 hours. The cells were then examined for their ability of reproduction, motility, oxidative stress, activity of genes associated with their reproduction, ability to transform into other cells, and programmed death.

The research team confirmed that the results were surprising, as the diesel molecules only caused a decrease in cell activity at a high concentration of 100 μg / ml, however the cell mobility was not affected, nor the markers of oxidative stress, nor the proteins or genes associated with cell death. According to the researchers, it is interesting that these results were associated with a decrease in the production of Notch and Bmi-1 proteins and the activation of STAT3, which stem cells use to regulate their transformation into other cells.