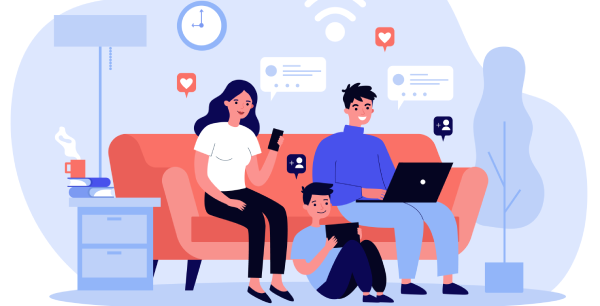 Social media has become a powerful tool for news consumption and entertainment. But platforms, such as Twitter, Instagram, Facebook and others, are increasingly considered a double-edged sword, leading more and more young people into addiction.

And that dependency has created a negative impact on their family life, according to Mozah Humaid Abdulla Alyammahi, an undergraduate student at the United Arab Emirates University (UAEU). She has studied the phenomenon through her research project entitled ‘The Effects of Social Media on Family Relationships’.

After noticing children spending most of their time on social media, based on her own personal experience and other families around her, Alyammahi set out to study the phenomenon as it led to frequent isolation incidents and many issues within family relationships. This, in turn, caused a lack of parental control and rebellion from the youth towards traditions and society. “I have noticed this affected families in a negative way and not just in our own family, but in many others as well,” she explained.

Alyammahi, who majors in Mass Communication, has long been interested in the topic as she feels many people rely on social media today, especially for news. During her course, she learned a number of important elements in the field, namely the process of creating news, the procedure of printing a newspaper, as well as producing videos and apps. 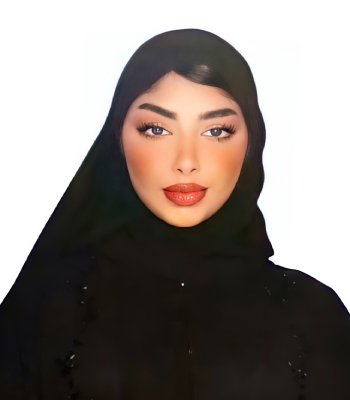 And so, she started her quest for answers in September 2020 by further looking into the subject and the basic problem at hand. Her aim was to discover a major issue faced by many in today’s world. Once social media came to her mind, she contacted her teacher, Dr Ahmed Al Mansoori, Head of the Media and Creative Industries Department at the University’s Humanities and Social Sciences College, who encouraged her to pursue her idea.
Alyammahi then surveyed 40 families from all over the UAE under Al Mansoori’s guidance. She then analysed their answers and found that the most important factor of her research was that social media use had increased by 100 percent from September 2020 to December 2020, when she completed her project. Most of those involved in the surge were found to be students and children who depend on the internet and spend most of their time on social media platforms. The study revealed that such behaviour caused disturbances within family ties. “A large number of families I surveyed supported this and agreed,” Alyammahi noted. “Many of them also agreed that social media had many negative effects on habits, traditions, values and children’s behaviour.”

In her project, she found that the usage hike had led to addictions, which, in turn, affected children’s way of thinking. Many parents were also found to suffer from the problem as they were no longer able to control their children in terms of limiting their usage. Most of those surveyed agreed that their children had spent very little time with them, as well.

The project quickly gained popularity, after Al Mansoori nominated Alyammahi to participate in the Undergraduate Student Research Conference by the UAEU. That, in itself, assisted her in her presentation as it allowed her to summarise the most important factors of her research, based on her report. The University guided her on how to present her research, which, later on, assisted her when she took part in the Abu Dhabi University Undergraduate Research Competition. Her hard work, coupled with the University’s guidance, landed her a prize of Dh2,000, a certificate and second place in the competition. “I honestly felt so happy, but I also could not believe it because the competition was very hard,” Alyammahi said. “I had many competitors from all over the region, so it was hard to win.”

Today, she feels grateful towards the UAEU for helping her in such a challenging but exciting time, particularly towards Al Mansoori who guided her on research writing in a detailed manner. He was also available to answer all of her questions at any given time and provided her with much-needed support.
The University played a vital role for Alyammahi in many different areas, including its Writing Centre, from which she sought help to review and improve various elements of her research. She spoke highly of the education provided at the UAEU, as much help is offered to students at any time they are in need. “My teacher was also great,” she added. “And if I had the chance to take another course with him, I would.”

With two courses and a work placement left to complete, Alyammahi is looking forward to graduating in 2023 and working in the field of media in the future. She hopes to educate parents on the issue that social media poses, with the aim of reducing the problem of family disintegration, and creating a generation of developed children in the UAE. “I want them to focus on more important things rather than just be addicted to social media,” she concluded. “And when they will spend time with their parents, they will know the right thing to do in the future because they will guide them”.