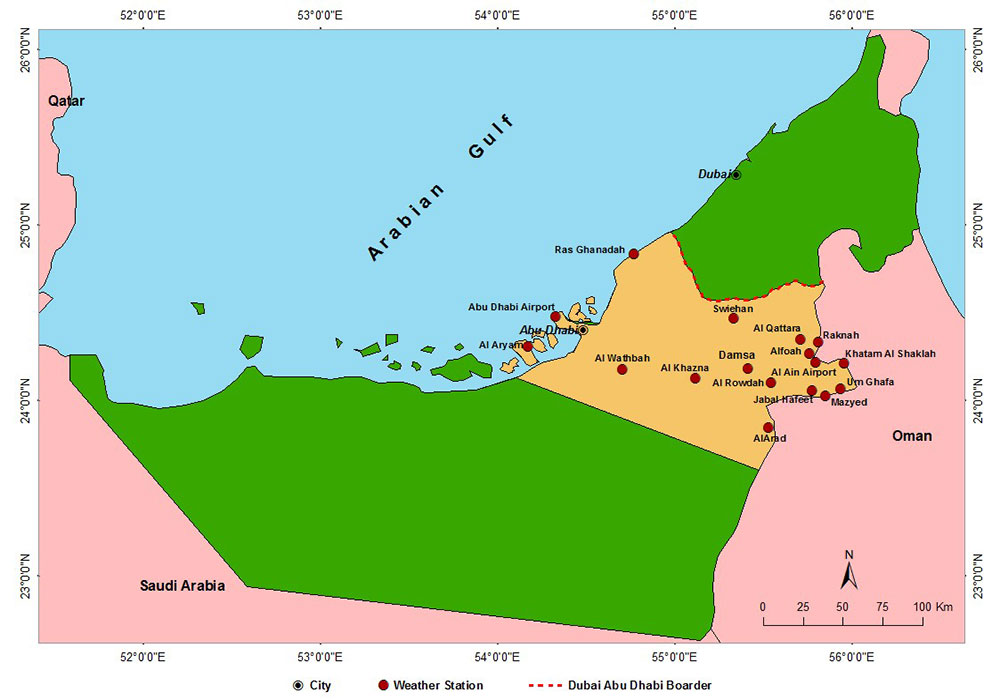 New insights into the changing climate of the UAE have been produced by a research team at the United Arab Emirates University (UAEU) – including the fact that some parts of the country are seeing “significantly” more rain.

A group of five faculty members from two colleges at the Al Ain-based institution analyzed in-depth meteorological data stretching across a 13-year period to assess indicators of climate change across the emirate of Abu Dhabi, discovering how the weather – and the relationship between its different aspects – can vary significantly at two locations within a short distance of each other.

Their now-published findings, obtained from 14 weather stations based within cities, near airports, and in more remote locations within the emirate, have shown:

In their research paper, the group said that statistical analysis of monthly weather data for the emirate had not previously been carried out, leading to them obtaining information about temperatures, rainfall, humidity, and wind speed for a period from January 2003 to July 2015, across stations based at Al Faqa, Al Shiweb, Al Arad, Al Foah, Al Wathbah, Jabal Hafeet, Khatam Al Shaklah, Mazyed, Raknah, Saih Al Salem, Swiehan, Al Khazna, and Abu Dhabi and Al Ain Airports.

To identify potential changes in the climate and weather at all these stations, the team applied a statistical approach known as the Mann-Kendall technique. “This statistical technique has been applied successfully in other regions and would be a challenge for the climate time series in the Arabian Peninsula, which is expected to experience increasing temperatures in the future, as suggested by the Intergovernmental Panel on Climate Change (IPCC),” they said in their research paper.

Their findings also revealed a “close relationship” between some of the climate change indicators used as the basis for the study, with Al Faqa and Al Foah seeing an increase in rainfall being matched by rising humidity, while results from Al Foah and Swiehan showed that while these areas saw more rain, they also saw wind speeds drop over the 13-year period. Meanwhile, the data from Abu Dhabi Airport showed decreasing humidity, but higher winds.

“Rainfall seems to have a negative effect on the wind speed of the region,” said the researchers in their conclusions, adding: “The increasing trend of wind speed may [delay] the humidity front from pushing into the inner, inland parts of the region.

“These results suggested that detected short-term weather and climate variability may vary on the local scale when using monthly data, and that inland stations appear to reflect a [closer] relationship between wind speed and humidity than the coastal stations."