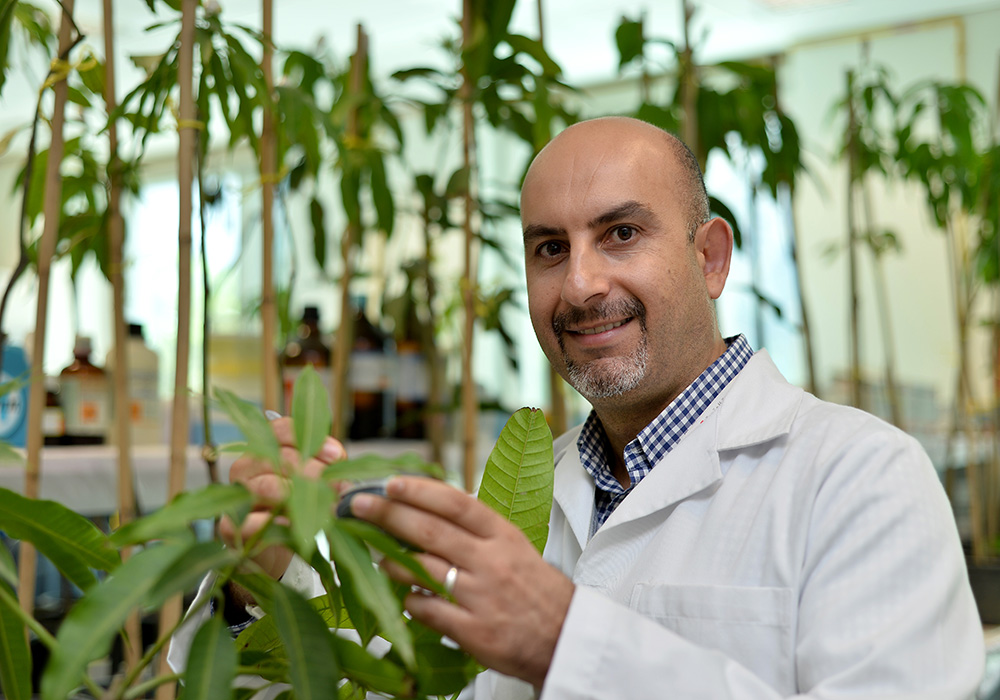 Mango-growers around the world – including those in the UAE – could be helped in their efforts to combat a disease that threatens to ravage their crops through new research produced by a team at the United Arab Emirates University (UAEU).

A study by researchers at the Al Ain institution’s Department of Biology has analyzed new ways of detecting and tackling a fungus that leads to mango dieback - a serious blight that can destroy orchards within weeks or even days of infection – that may also reduce dependence on potentially harmful chemicals.

While the disease has yet to be reported in the UAE, its symptoms have been seen, and the increase in the number of mango trees in the country – as well as the popularity of the fruit among the Emirati community – led the UAEU team to identify fungicide treatments which they conclude can work as part of an “integrated disease management” (IDM) program that does not solely rely on chemical agents.

The now-published research was conducted by the research team leader Dr. Synan AbuQamar along with his group: Dr Khaled El-Tarabily, Dr Esam Eldin Saeed, Dr Rabah Iratni, and the students Arjun Sham, and Ayah AbuZarqa, UAEU’s Department of Biology, and Khawla Al-Shurafa and Tahra Al-Naqbi of the UAE’s Ministry of Climate Change and Environment. In their paper, they explained that worldwide mango production – including in countries such as India, China, Pakistan, Mexico, Brazil, Egypt, and Nigeria – has been affected by diseases that affect all parts of the trees the fruit grows on, reducing its yield and quality.

Their paper outlined how a fungus called Lasiodiplodia theobromae is the chief cause in mango dieback, causing twigs and branches to dry and plants to wilt, saying: “Commonly, once the symptoms of decline or widespread dieback are evident, it is difficult to stop or reverse the progress of disease – in general, dieback is one of the deadly diseases of mango, which causes serious damage to the tree and its productivity.

“In the UAE, typical symptoms of dieback disease have been observed and are yet to develop to an epidemic phase, causing fast-spreading death to mango orchards in a short period of time – about two months after the initial infection. Therefore, there is an urgent need for appropriate and cost-effective research to properly manage this disease.”

The team studied diseased trees in the Kuwaitat area of Al Ain, conducting laboratory experiments on them, and also testing the impact of the fungus that leads to the disease on freshly-bought mangos and mango seedlings. They then tested three fungicides under test-tube and greenhouse conditions and in the field, discovering that one in particular – known as Cidely® Top – was the best candidate as an effective treatment against the mango-attacking fungus.

“The implementation of IDM programs which combine cultural, chemical, and biological approaches are highly recommended to control mango dieback, reduce cost, and improve production efficiency,” said Dr. AbuQamar. “Despite its negative impact on the environment and human health, the use of chemicals continues to be the major strategy to lessen the menace of crop diseases.

“Our study reports fungicide treatments against L. theobromae as an effective and reliable approach to reducing the economic losses associated with mango dieback disease. Growers in the UAE and other mango-producing countries experiencing this damaging disease are expected to directly benefit from the outcome of this study, and future physiological and molecular analyses will shed more light on dieback disease and its causal agent, which will ultimately lead to the development of effective IDM strategies to manage this disease.”