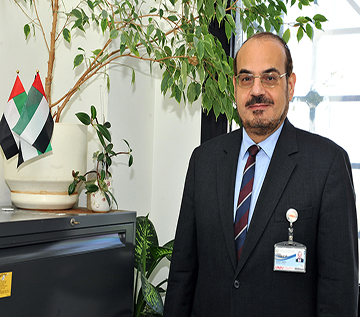 Groundbreaking research conducted by United Arab Emirates University (UAEU) and a public health science program at one of the world’s leading universities has identified the need to provide psychological trauma sufferers in the Arab world with better treatment through awareness and training programs.

A research team from UAEU’s College of Medicine and Health Sciences (CMHS) and the Harvard Program on Refugee Trauma (HPRT) has completed a collaborative study focusing on the extent of trauma awareness and its impact on health in the Middle East, with 90 psychiatrists and primary care doctors from 17 Arab countries among those providing input and insight.

Led by Dr Ossama Osman, Associate Professor in the Department of Psychiatry and Behavioral Sciences at CMHS, and Professor Richard Mollica, Director of HPRT, the project studied the magnitude of the problems resulting from psychological trauma, the dynamics of the condition and its different types, and the resources available in the Middle East to address its impact on people’s physical and mental health in “a scientifically and culturally sensitive manner”.
The team – which also included Professor Taoufik Zoubeidi, Professor of Statistics at UAEU’s College of Business, and was supported by the Zayed Bin Sultan Center for Health Sciences- Directed by Professor Fatima Al-Maskari – found:

The study also found that many clinicians surveyed during the project said continuing medical education to update their knowledge was not a requirement of their role, and this needed “serious attention”; and that, in many areas, medication for psychiatric illness was not available in a primary care setting.

A research paper produced by the UAEU/HPRT team outlined that between 100m-140m people in the Arab world are estimated to suffer from at least one psychiatric disorder, with the level of psychiatric resources at regional level beginning to receive “increased attention”.

Through the survey, the team discovered that the most commonly-reported traumas related to divorce or separation, the recent death of a close relative or friend, serious traffic accidents, and domestic violence. However, the types of problems reported differed from country to country depending on the number of practicing psychiatrists per person.

“The findings in this study indicated a need to continue efforts toward developing global mental health alliances,” said the team in their project conclusions. “Clearly, improvements in awareness, education, planning, and resource allocation are necessary.

“In addition, the development and implementation of culturally-appropriate models of understanding and addressing psychiatric issues related to trauma will be important to maximize the cost-effectiveness and sustainability of these interventions. Through these efforts and other partnerships, we hope to develop regional centers of excellence in research and training for trauma-informed mental health services.”