UAEU research has designs on shaping the sustainable, community-driven neighborhoods of the future 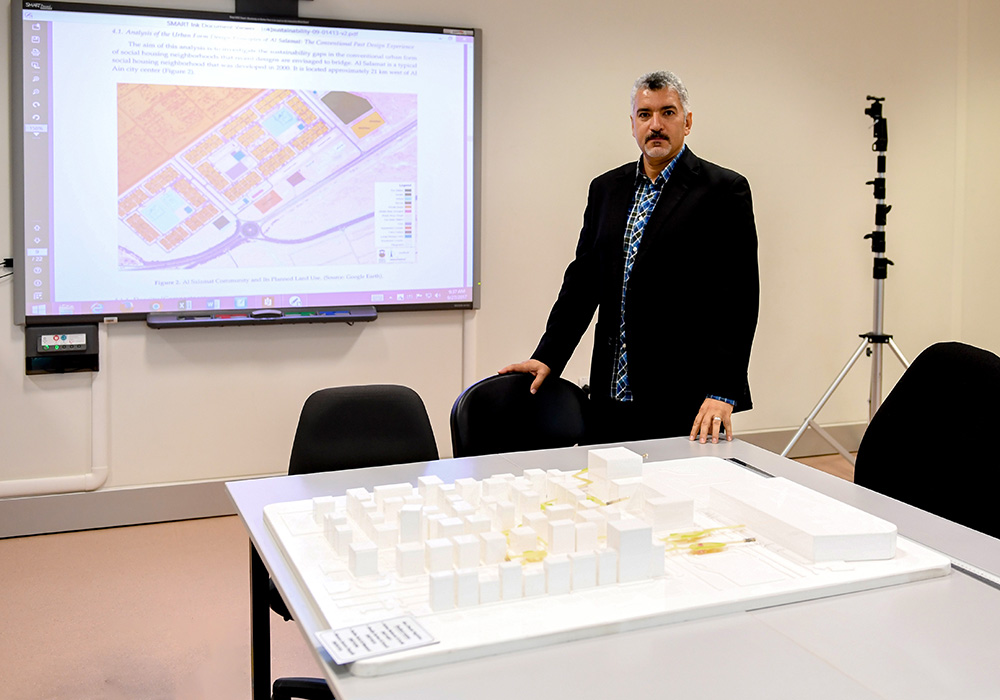 A potential blueprint for the future of social housing in urban areas across the UAE has been produced by a researcher at United Arab Emirates University (UAEU) – who says sustainability, connectivity, flexibility, and community participation must go hand-in-hand.

Findings in a recently-published paper produced at UAEU claim that despite ambitious attempts to move away from traditional neighborhood templates – some of which have been successful – planners are still facing challenges because housing density is not compact enough, services and facilities are too far away from homes to encourage walking and cycling, and more innovative thinking needs to be applied to the way houses are designed.

Dr Khaled Galal Ahmed, Associate Professor of Architectural and Urban Design at UAEU’s College of Engineering, also say communities should be more involved in shaping the design and character of their neighborhoods and ensuring they reflect the unique culture of the area where they live. His discoveries and suggestions have been outlined in a paper entitled ‘Designing Sustainable Urban Social Housing in the United Arab Emirates’.

The study focused on two social housing areas in Al Ain – seen as a model for green and sustainable UAE cities - one which followed a “conventional urban form”, the other adopting the “new sustainable design” which the UAE is looking to implement more widely. The aim was to identify obstacles to sustainability and how they can be addressed.

“In the last few years, the UAE has witnessed growing interest in sustainable development, as the country has adopted an agenda calling for achieving sustainability in all its development plans, including social housing,” said Dr Ahmed.

“This policy of adopting a sustainable future agenda is currently reflected in social housing neighborhood design. Some limited pioneering projects have emerged lately, in which conventional neighborhood planning and urban design principles are being replaced by what are perceived to be more sustainable ones.”

The results of the analysis, according to Dr Ahmed, showed that the “sustainable neighborhood” only showed a clear improvement on its conventional counterpart in two of these categories – mobility and environmental quality – with a “better but insufficient” improvement in six more, and “inadequate” improvement in the remaining four principles. “The four major challenges facing the turn towards sustainable urban design in sustainability-oriented projects in the UAE are low density, lack of mixed use, lack of social mix, and lack of community participation,” he said.

Dr Ahmed also suggested more models of neighborhood design should be studied to “pave the way for a futuristic urban design scenario that, if adopted, will lead to a more sustainable urban form of social housing in the UAE and other GCC, Arab, and Middle Eastern countries.”