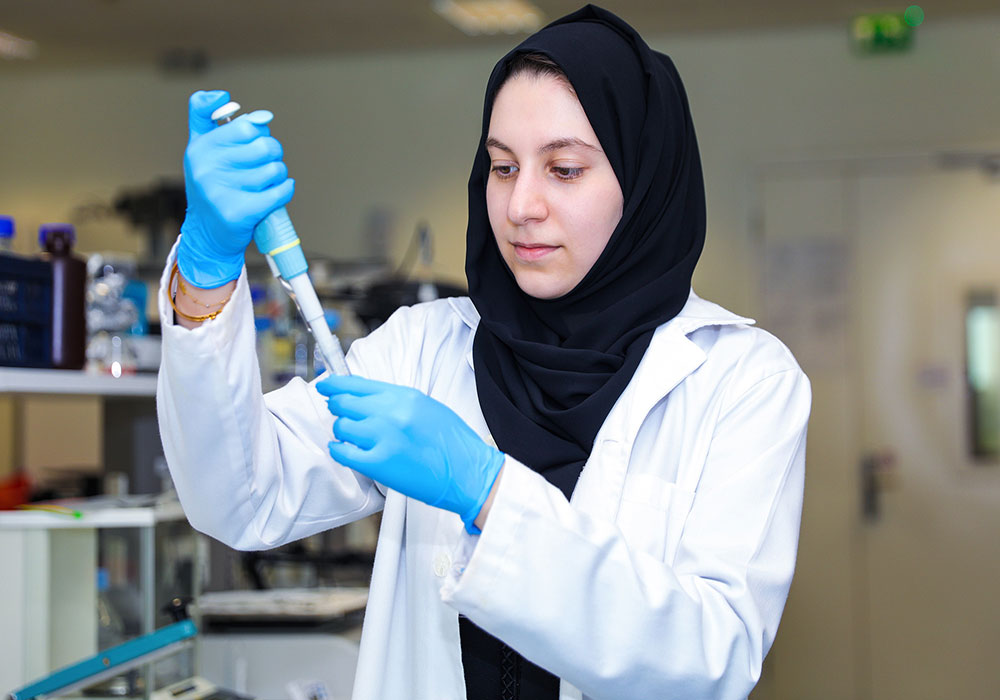 The treatment of liver cancer through the golden spice of saffron has proven effective through the work of researchers and students at the United Arab Emirates University. Ameera AlMansoori, a 25-year-old Emirati who just graduated from a Masters in molecular biology and biotechnology, focused on the topic through her research project entitled “In vivo assessment of safranal’s novel therapeutic effects on chemically induced hepatic neoplasia”. By inducing cancer in rats and then administering an oral gavage of safranal substance, which is a bioactive molecule of saffron. tests on the liver and blood revealed highly effective results in treating cancer. “When you work with animals, it’s more reliable than cells,” she said. “It’s the whole organism and not just cells. Dr Amr Amin, professor of cellular and molecular biology at the university, works with liver cancer and saffron so I continued his project.” As a molecular biologist, she looked for several doctors in the university in search of an interesting topic.

“This is something new and working with animals is a huge step,” she explained. “Cancer is also spreading a lot now so we need to find a solution for it.” Her project kicked off two years ago with not much difficulty but a few delays due to construction in the animal house. “But everyone was there to help us and I got trained on how to deal with the animals,” Ms AlMansoori said. “I used a chemical – DEN – which causes cancer, especially liver cancer. I gave them an injection once a week for 15 weeks and we found cancer in the liver.” Following chemical injections, the drug was given to the animals for three straight weeks. Ms AlMansoori found out a number of promising results from the blood, where there are enzymes that act as markers for liver damage.

“Firstly, safranal reduced these markers,” she noted. “Secondly, we did tests on the liver itself and tested some proteins. Safranal suppressed the cell cycle and induced cell death (apoptosis) For a cancer to survive, it keeps away any signals that kill the cells, takes the cell cycle in its favor to grow, and divides and escapes any signals that dictate the cancer should die. “The drug worked perfectly on these two pathways,” she said. “We still need to do more tests because I have just tested two pathways of many, usually cancer has 11 hallmarks. and also, we hopefully want this to be used on humans someday because the drug comes from a natural source, saffron, which has no side effects comparing to chemotherapy. “I think it could be used on humans soon – around 2016, liver cancer was the fourth cause of death related to cancer in the UAE.” Ms AlMansoori is pursuing experiments for publication before leaving the university at the end of the semester, with the hopes of continuing work in cancer research at Khalifa Hospital given the presence of laboratories in the field.