Researchers in the UAE tackle water scarcity at its core 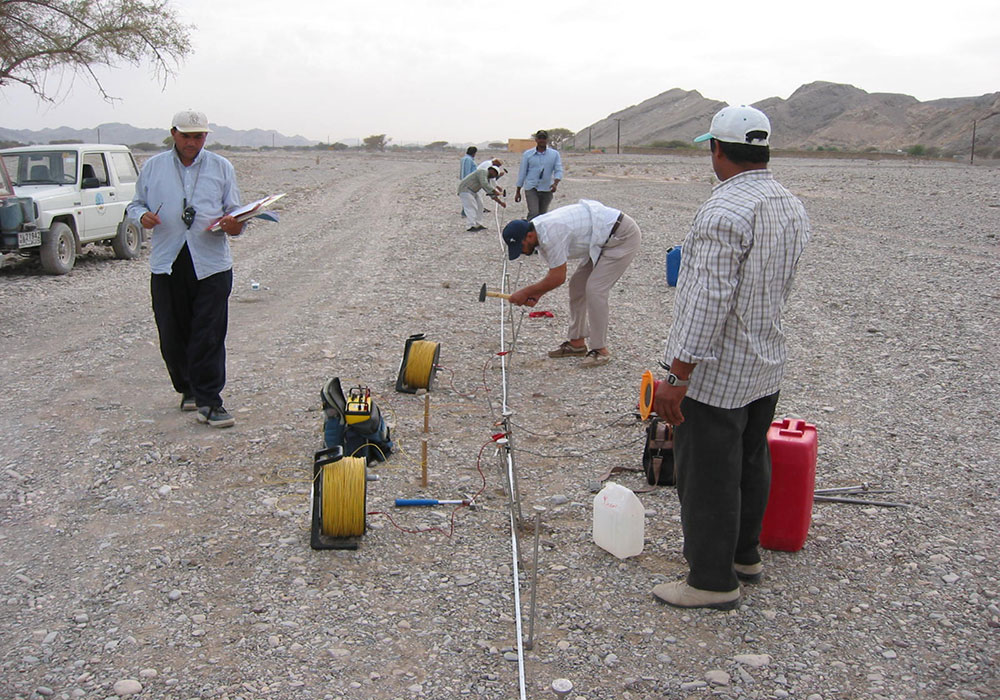 Water scarcity has long been an issue in countries such as the United Arab Emirates. But the country’s National Water Center is providing solutions for the efficient exploration, development, use, storage and sustainability of the precious resource. One of its projects, started last year, entails capacity-building for the Environment-Agency Abu Dhabi. Through a two-year program, staff and professionals are trained on geological, hydrogeological, and geochemical investigations, groundwater simulation models, assessing water availability and quality in aquifer systems, and predicting future scenarios for water-pumping that would ensure sustainability of the system.

Staff continuously receives training on advanced numerical models to simulate water flow and solute transport in groundwater systems. Another vital project, launched in September in collaboration with the Abu Dhabi Municipality, investigates the feasibility of unconventional storm water drainage systems as an replacement of the conventional “underground” closed systems. “If you have heavy rainfall in cities, you need to have a subsurface draining system composed of pipelines that collect the water and dispose it to the sea to avoid flooding in the streets after rainfall,” said Dr Mohsen Sherif, Director of the National Water Center. “Usually, in all cities, you have pipelines, open channels or water collection systems installed below the surface that would drain the rainfall. We are studying unconventional systems because the current systems are very expensive, and they are utilized once or twice a year when, sometimes, you do not even have rainfall for an entire year.” Subsurface systems are also prone to clogging due to sand, which requires costly maintenance.

“So we are looking for alternative models for drainage of rainfall water,” Dr Sherif said. “There are different alternatives, and one of them is collecting this water and reallocating it for irrigation requirements according to different areas in a city.” Alternatively, once the rainwater collected, it is injected into deeper aquifers to avoid construction of long, expensive pipelines which could also disturb residents and traffic flow. “Some areas are not connected to main drainage systems, and we are investigating the possibility of unconventional systems there,” he said. “Another method is to create evaporation ponds, where we collect water to add to the natural beauty of the area, like a lake, and keep it to evaporate naturally into the atmosphere and develop the area into a recreation resort for tourists. The pond might also be used to control the groundwater table rise problem in the City of Abu Dhabi. The center works throughout all seven emirates.

A five-month project was launched in September, funded by the Ajman Municipality, for the development of a telemetry groundwater monitoring system for the emirate. “It monitors groundwater resources, quantitively and qualitatively, to assess their availability and if there is any depletion of the aquifers, using the telemetry system,” he explained. “So it will be a wireless system that would connect directly to the Ajman municipality and, through the computer system, they should be able to monitor the groundwater resources 24/7 in the emirate of Ajman’s aquifers.” So far, work has completed on the drilling of almost all the emirate’s key wells with depths of between 20 meters and 100 meters in the field, as well as the installation of data loggers, computer systems and others, to connect to the municipality. Sharjah has also worked with the center on aquifer storage and recovery in the Nizwa area.

Along with the Sharjah Electricity and Water Authority (SEWA), the center investigated the possibility of freshwater storage in the aquifer system during the water excess period from desalination plants, and water reuse during periods of drought or summer, when water is in high demand. “Instead of having surface water tanks or storage facilities, they store the water in groundwater systems and reuse it for when there is a need,” Dr Sherif concluded. “It is important for the country as a whole.”