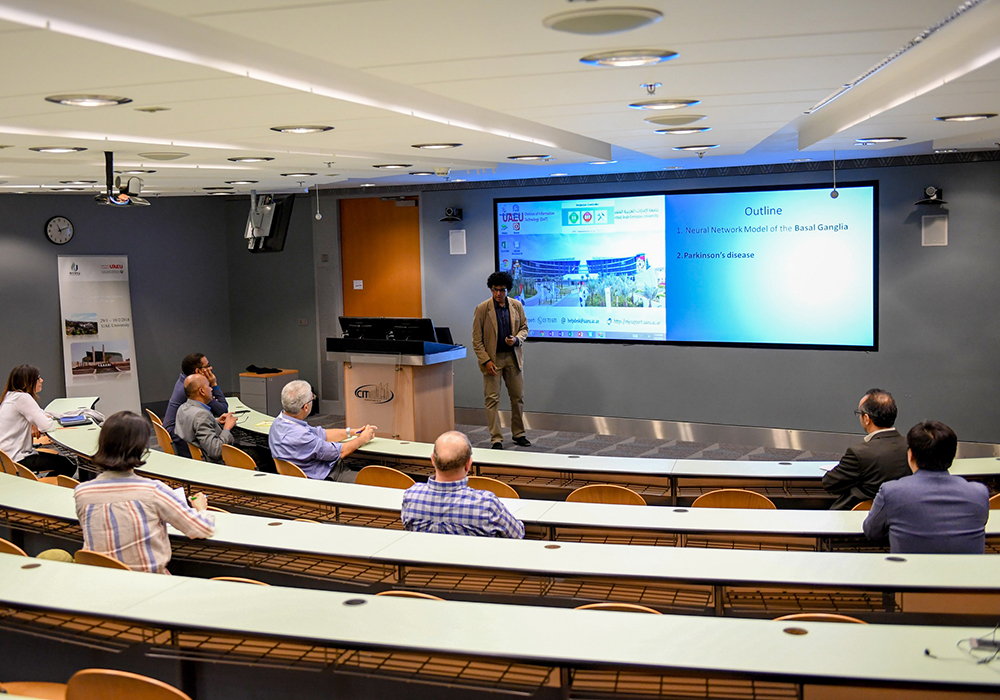 The seminar held at UAEU campus on 22nd February 2018 and attended by UAEU faculty, aimed to create a better understanding of Parkinson’s disease (PD), its complications and treatments to alleviate its symptoms through integrating clinical examination with computational modeling.

Dr. Moustafa gave a thorough presentation on the disease, the movement impairment caused by the disease, which is associated with the decline of dopamine level in basal ganglia and prefrontal cortex. The lecturer highlighted a number of studies conducted on stimulating PD symptoms and treatments as well as presenting the empirical and computational research results on the effects of the disease and the dopamine medication on gait functioning.

During the seminar, a video was played of some people afflicted with PD and the treatment by Deep Brain Simulation (DBS). The recent advancements in the field have resulted in building a bigger picture of neural disorders, revealing further details on how the brain works and to develop new treatments. Experts believe that the new treatments will be widely available for those afflicted with the disease in the next 5-10 years.

Dr. Moustafa explained the technological innovations and new research on computational modeling to treat the disease, paving the way for applications on machine learning and better understanding of the PD’s symptoms. He pointed out that neural network technology and its applications in big data will facilitate discovering tools needed to realize the factor related to the disease and provide a detailed explanation of PD.