A common virus could be involved in triggering multiple sclerosis, a new study reveals 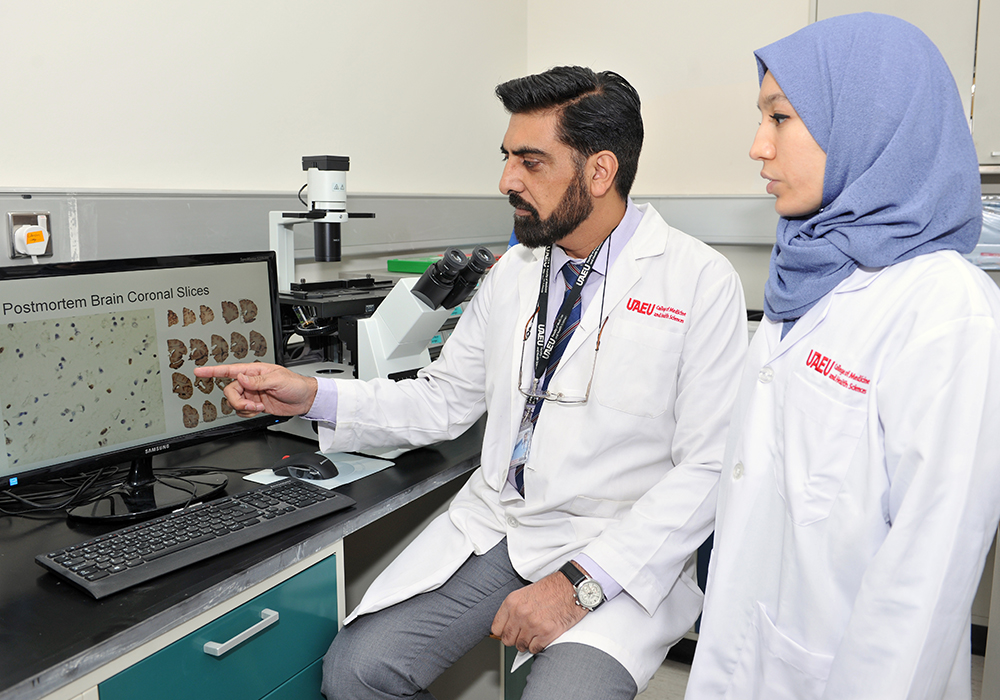 A new study by researchers at the United Arab Emirates University (UAEU) published in PLOS ONE this week, finds an association between multiple sclerosis (MS) and a common virus, Epstein Barr virus (EBV). The study is the largest of its kind to directly screen for the presence of EBV in brain tissues using highly sensitive detection techniques.

MS is a debilitating neurological disease that mainly affects young adults, often leading to disability. Approximately 2.5 million people around the world live with MS and there is no cure. “In spite of extensive research over the decades, the cause of MS remains unknown” said Professor Gulfaraz Khan, senior author of the study and Chair of the Department of Microbiology and Immunology, at the College of Medicine and Health Sciences, UAEU. “A number of risk factors have been implicated to be involved, including EBV. However, the link between EBV and MS remains highly controversial,” added Dr Khan, who has been working on EBV and associated diseases for over 25 years. The UAEU group teamed up with researchers at the Rocky Mountain Multiple Sclerosis Center, University of Colorado, in an attempt to investigate the potential link between EBV and MS. The team examined over a thousand brain samples from MS and non-MS cases. The study reported the presence of the virus in most cases of MS. “Although our findings show that the virus is present in the brain tissues of most cases of MS, it does not mean that the virus is causing the disease” cautioned Dr Khan.

EBV is a very common virus infecting over 90% of the people worldwide. In most individuals, the virus infects and hides away in a type of white blood cells called B-lymphocytes, without causing any disease. “We are very excited by our findings” remarked Asma Hassani, a PhD student in the Department of Microbiology and Immunology, and the first author of the study. The brain is unique in that, unlike some parts of the body, it is normally sterile and free from microorganisms. “The mere presence of the virus in the brain of most MS cases is significant and we are currently working to further understand the precise relationship between the virus and MS” Hassani added. “Our findings raised more questions than answers” remarked Hassani. “For example, how does the virus enter the brain? What is the impact of the virus on the brain? Will eliminating the virus prevent MS?” explains Hassani. Determining the cause or trigger of MS has obvious implications for any further treatment and prevention strategies.