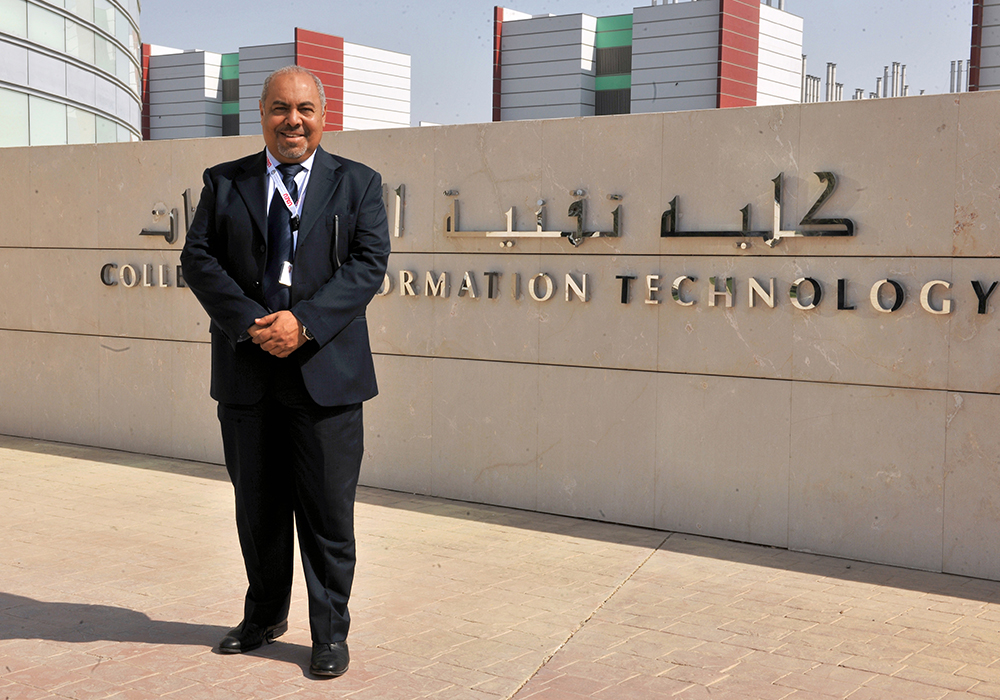 A United Arab Emirates University (UAEU) faculty member is part of a five-nation research team aiming to capitalize on the Internet of Things and the rise of e-health technology to develop a new system for treating people with a potentially serious sleep disorder in their own homes.

The international project is looking to develop a polysomnography (PSG) system that can test and monitor obstructive sleep apnea (OSA) patients without them needing to wait for bed space in a laboratory, which the team members say is likely to provide more reliable results.

Among those involved in the project is Dr Hesham El-Sayed, Associate Professor in Computer and Network Engineering at UAEU’s College of Information Technology, who is working with colleagues from Australia, Taiwan, Oman, and India to create and implement an Internet of Things-based wireless PSG system, using a miniature, portable and battery-powered recorder.

OSA causes breathing to repeatedly stop and start during sleep, due to the throat muscles intermittently relaxing and blocking airways, with loud snoring being one key indicator of the condition. It can impair breathing for 10-20 seconds, lowering oxygen levels in the blood and causing a buildup of carbon dioxide, and as the pattern can repeat itself five-to-30 times an hour or even more, it can drastically affect sleep and consequently the sufferer’s quality of life.

In a research paper which has now been published on this project, the team described PSG as “the gold standard” in diagnosing OSA, but added: “This requires an overnight sleep experiment in a laboratory, and due to limitations in the number of labs and beds available, patients often need to wait a long time before being diagnosed and eventually treated.

“In addition, the unfamiliar environment and restricted mobility when a patient is being tested with a PSG may disturb the sleep, resulting in an incomplete or corrupted test. Therefore, it is posed that PSG conducted in the patient’s home would be more reliable and convenient.”

The paper has presented a design for a home-PSG system that allows “biosignals” to be acquired from the patient, monitored, and recorded in a format that allows further analysis. Using a battery-powered acquisition unit and a “friendly” monitoring and recording interface, it is designed to be “portable, lightweight, and with low power-consumption”, according to the research team.

To assess and demonstrate its feasibility, tests have been conducted to compare the proposed system with the standard PSG system, with volunteer patients being monitored by both under the supervision of experts at a Taipei hospital.

The team said the results have shown their system “performed similarly in relation to performance and quality” to its standard counterpart, with its recording system being capable of running on any virtual machine using the Java programming language and being used anywhere at home, through using Bluetooth.

They added that the system they are developing can also provide more information than other portal PSG options, enabling more accurate analysis and diagnosis, and operate for 16-20 hours without losing data, meaning it can comfortably monitor even the deepest and longest of sleeps.

“The aim of our proposed PSG system is not to replace the standard system, but to collect important physiological information for sleep analysis,” they concluded in their research paper.

“By using our PSG system, the cost of an attended in-laboratory PSG experiment for obstructive sleep apnea diagnosis can be effectively reduced. Furthermore, our system offers the comfort and convenience of a patient sleeping in their own bed, and may therefore record more natural information that more accurately reflects the patient’s sleeping beha