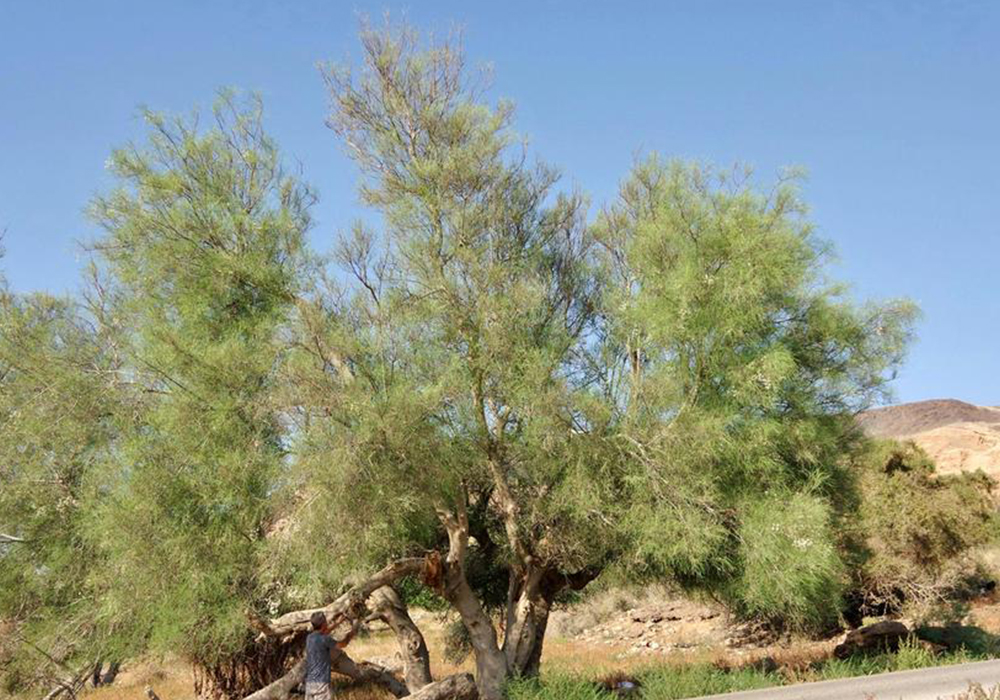 In today’s world, where every conceivable plant-based food and raw material is available to buy, it is easy to forget that people’s lives were once closely linked to the vegetation that they could find around them.

Locally available plants provided food for people and their animals, flavourings, dyes, fuel, building materials and much, much else.

One tree that has been important for thousands of years to those living around it is Moringa peregrina, commonly known as the yusor tree, which is native to the UAE and many other countries in the Arabian peninsula and north-east Africa.

Oil from M. peregrina was used by the ancient Egyptians and the Romans, and the medicinal properties of substances extracted from the plant, which can grow as tall as 10 metres, have long been recognised.

For the Bedouin population of Jordan, the plant remains significant as food for their goats and as a source of oil. This oil is extracted when it rises to the surface after a mixture of crushed seeds and water is boiled.

“The oil quality is very high and there’s a similarity between the properties of the oil from Moringa peregrina and olive oil. [The Bedouin] use it and they store the oil for winter use,” said Dr Khaled Abulaila of Jordan’s National Centre for Agricultural Research and Extension (NCARE).

A conservation biologist and herbarium keeper at NCARE, Dr Abulaila has been involved in efforts in Jordan to find better ways of using the yusor tree as a fodder crop.

“I’m trying make a demonstration for the farmers, especially in the Jordan valley, to introduce an alternative for fodder crops for their animals,” he said.

In the south of the country, where the warmer temperatures are more to the plant’s liking, seeds have been planted in rows and pruned after a year or less.

This pruning is carried out to keep the plants in a juvenile form with “rosette-like” growth, because when it develops into its adult self, M. peregrina produces thin leaves that are much less useful as animal feed.

Dr Abulaila describes the yusor tree as being “kind of threatened”, because, like many other plants, it has faced pressures from overgrazing and development.

Such conservation challenges make a recent work carried out in the UAE all the more important.

Dr Shyam Kurup, an associate professor at United Arab Emirates University (UAEU) in Al Ain, has helped to develop a method to multiply M. peregrinausing micropropagation, which involves the techniques of tissue culture, in which tiny pieces of plant tissue are grown on a nutrient medium.

Co-authored by five colleagues from UAEU’s Department of Aridland Agriculture in the College of Food and Agriculture, along with a scientist at the Environment Agency Abu Dhabi and a researcher at the Universiti Sains Malaysia in Penang, Malaysia, the study offers, the authors say in their South African Journal of Botany paper, a way to achieve the “mass multiplication” of the plant, with offspring genetically identical to the parent plant.

“Once you standardise this procedure, you will be able to produce a large number of plants. The idea is to put it back in the habitat where these plants generally grow,” said Dr Kurup.

“If you put 1,000 plants, [possibly] 50 per cent survive without any cultural practice. It’s a sort of in-situ conservation.”

The scientists wanted to find the ideal nutrient material and additives to encourage explants, or pieces of tissue, to grow and produce structures such as shoots and roots. Because M. peregrina is a tree species, the task was more difficult than with many other types of plant.

“With annual crops, it’s easy to develop a protocol, but when it comes to tree crops it’s always difficult,” said Dr Kurup.

“We have to standardise by hit and miss, or using different media combinations for getting these plantlets.”

Now that the researchers have released their findings, conservationists anywhere could use the same techniques to reproduce M. peregrina.

As part of the same research effort, funded by UAEU’s Khalifa Centre for Genetic Engineering and Biotechnology, the researchers have been working to develop micropropagation protocols for four other species.

Efforts to preserve M. peregrina are also taking place in the United Kingdom, where the plant’s seeds are kept at the Millennium Seed Bank in West Sussex in the south of England. The Millennium Seed Bank, which comes under the umbrella of London’s Royal Botanic Gardens, Kew, holds seeds from about 40,000 plant species.

Scientists are working to preserve the Moringa Peregrina, or yusor tree, in the region. Three collections of M. peregrina seeds are held – including one from the UAE. There was a large collection taken in Oman in 1993, a second, from Jordan, in 2005 and a third from Sharjah in 2010.

That M. peregrina is known to contain medically useful compounds which means it is especially important that seeds are collected from across the species’ range.

“If you have more than one sample, more than one population, you have better insurance against the species disappearing [and] you can study the subtle differences in these active compounds because they’re not always the same in every corner of the distribution of the species,” said Dr Michiel van Slageren, an honorary research associate in Kew’s Identification and Naming Department. He has visited Jordan and worked with Dr Abulaila to collect seeds of M. peregrina.

The seeds of the yusor tree are dessication tolerant, so for long-term storage the water level is reduced (the seeds are kept at 14 per cent relative humidity) and the temperature brought down to about minus 20C. Under such conditions the seeds can retain their capability to germinate for, remarkably, hundreds of years.

So, with researchers in the UAE, the UK and Jordan focused on varied methods of preservation, M. peregrina should be around well into the future. Given how important this species has been over the millennia, this international effort is well deserved.