Energy-saving model developed at UAEU for the future of data 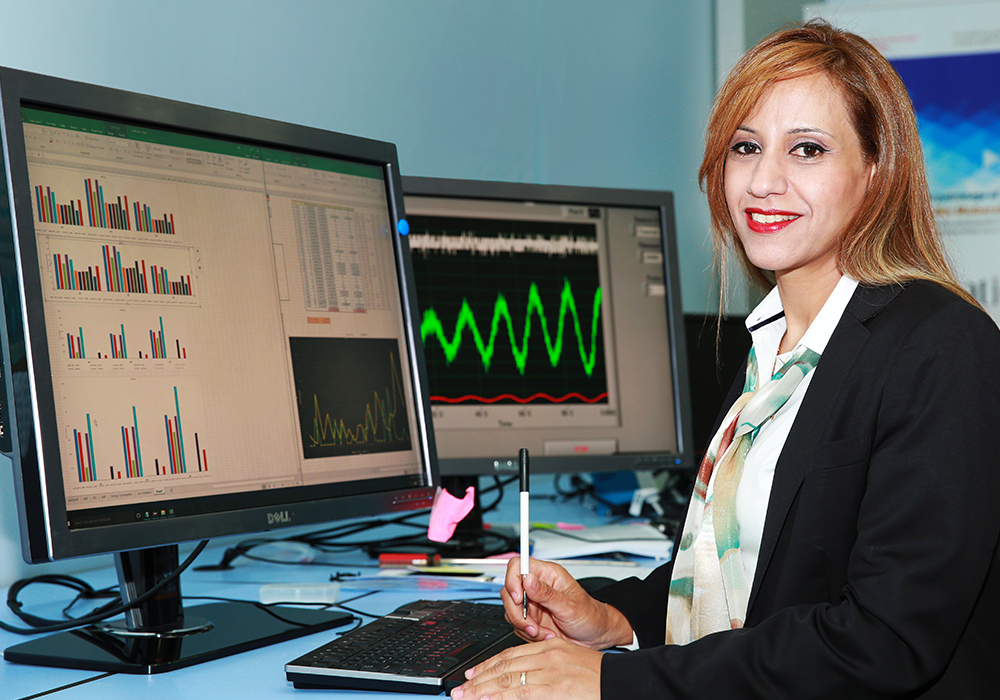 A new model to save energy in cloud computing has been developed by researchers at the United Arab Emirates University (UAEU). In partnership with the University of Maryland College Park in the United States, a leading institute on green computing, Dr Leila Ismail, Associate Professor of Computer and Software Engineering at the College of Information Technology, created the new distributed model for green cloud computing.

“Cloud computing technology allows convenient and on-demand network access to a shared pool of configurable computing resources, like networks, servers, storage, applications and services,” she said. “This can be done remotely by users. All the complexity is in the data centers, as applications run in those centers, and users can have on-demand access to this shared pool dynamically.”

The process is done automatically by cloud computing technology without administrative or user intervention. Therefore, the allocation of resources and elasticity, which is the dynamic provisions of resources, is all automatically performed by the system. “It’s an intelligent technique to handle the user’s demands in terms of networks, storage, running applications and using services,” Dr Ismail said. “So, with the emergence of this infrastructure in smart cities, supporting many smart applications and artificial intelligence in the development of smart cities, the cloud is being overwhelmed by data, it has a lot of potential in the future.”

That potential drove her research. With the traffic in the data centers underlying the cloud computing currently in overdrive, and no plans of slowing down, it is projected to increase globally from six zettabytes in 2016 to 19.5 zettabytes by 2021. “That’s a lot,” she said. “What interests us is the impact of this on thousands of computers and that huge amount of electrical power that is consumed, which is putting a strain on the environment.”

According to reports, data centers in the US used 91 billion kilowatt hours of energy consumption in 2013. That figure is projected to reach 140 billion kilowatt hours by 2020 annually – a dramatic increase of 53 per cent. “This shows that there is a huge amount of electrical power consumed by those cloud data centers,” she added. “This is because cloud computing is very solicited and it’s part of the Fourth Industrial Revolution.”

A report equated this amount of power to an annual output of 50 large coal-fired power plants, which a costly and environmentally-harmful practice, emitting almost 100 million metric tons of carbon pollution per year.

Based on such findings, the team introduced the new model, entitled “Energy-Aware Task Scheduling on Cloud Virtual Machines”. It is an energy-aware technique for workload distribution and energy savings in cloud data centers, which allows the distribution of workload in the data centers in a way that minimizes the electricity consumption. “The objective is to save energy in the energy distribution in the underlying data centers,” Dr Ismail explained. “So we have a green data center to protect the environment. This technique is integrated within a cloud computing engine and it’s also automatic.”

The method monitors the energy level in different computing nodes of the cloud and, based on real-time monitoring and a power model, predicts the energy utilization. “We then do the distribution in an energy-aware model,” she said. “We needed electrical engineering, power and energy systems, modelling and computer science for this project, which took two years to develop, including collecting and analyzing data in the HPC, Grid/Cloud Computing and Distributed Systems Research Lab at the university’s College of IT, about different applications running on different computing servers architectures – we run each experiment up to 100 times.”

The findings are crucial, as the new model saves around 35 per cent of energy compared to traditional techniques. “We have great results, and this will encourage us to build a prototype of this technique and implement it in a large-scale cloud data center in the UAE,” she concluded.

The university’s College of IT HPC, Grid/Cloud Computing and Distributed Systems Research Lab was founded and has been directed by Dr. Leila Ismail since 2007.