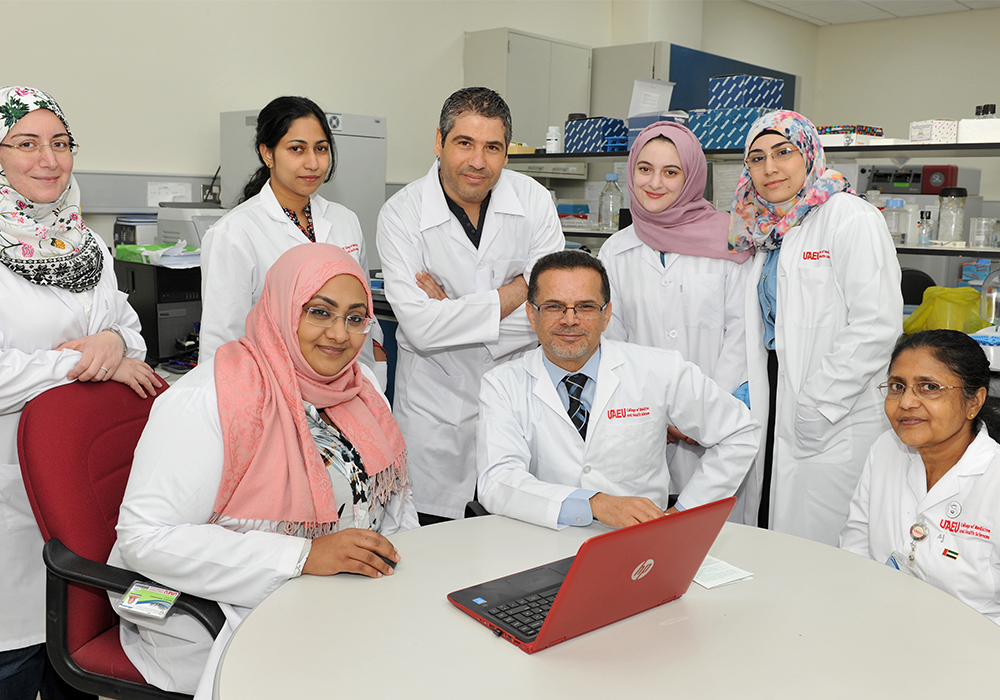 Researchers at the United Arab Emirates University (UAEU) have successfully used the gene-editing technology CRISPR-Cas9 to understand disease mechanisms which might provide an opportunity to develop novel therapies.

For what might be the first time in the UAE, scientists at the College of Medicine and Health Sciences have used the recently-developed and revolutionary gene editing technology, CRISPR-Cas9, to delete a gene from cultured human cell lines.

In addition, they have used these cell lines to unravel the disease mechanisms of some genetic diseases found in the Emirates, with some potential implications on developing novel therapies.

The average human genome includes about 25,000 protein-coding genes. Researchers at the university use cells grown in culture for their research and introduce a defective gene using a method called transfection. In addition, the recently-developed gene-editing technology, CRISPR-Cas9, allows making modifications to the genome, including correction of defective genes and/or introducing genetic changes.

Transfection works by mixing molecules of a chemical known as siRNA with lipids, which allow the molecules to penetrate the surface of the cell and incorporate in a day or two. When transfection is complete, researchers can study and manipulate the mutated gene, searching for ways to silence it.

Professor Bassam Ali, the group leader and a Professor of Molecular and Genetic Medicine at the university, spoke of the importance of such research. “There are 400 reported genetic diseases in the UAE,” he said. “The majority are inherited in a recessive manner that are more common in population with high rates of marriages between blood relatives for instance. The vast majority are incurable.”

The UAE ranks sixth in the world in terms of prevalence of birth defects, which are mainly caused by genetic conditions. “It’s high on the UAE population as well as Arabs,” he added.

At the cellular level, most disease-causing mutations either lead to loss-of-function or gain of function of the mutated gene. Understanding the exact cellular mechanisms of disease provides an opportunity for the development of novel therapies. While loss-of-function mutations result in the absence of a functional gene product, such as protein, gain of function mutations lead to the presence of a protein with modified function, which is often highly damaging. The presence of a functional protein at an appropriate location in the cell is a prerequisite for its normal function.

To ensure this, protein processing in the cell is closely monitored by a stringent quality control system. Moreover, certain gene-mutations causing loss-of-function, affect the structure as well as the transport or stability of the protein, rather than its function.

For the recently-published work in January 2018 in one of Nature’s Group journals “Scientific Reports”, Prof. Ali and his team have worked on two diseases, Familial Hypercholesterolemia and Disequilibrium syndrome, and are currently extending their work to several other genetic conditions, including lysosmal storage diseases. “We use biochemical methods, cellular methods, including confocal imaging, bioinformatics and genomic approaches to find the disease gene and mutation to elucidate the disease mechanism,” he said. “Realistically, it will take time and it might not work for all diseases. We are now testing cells from patients and looking at ways of trying to, at least, correct their genetic defects at the cellular level.”

Chemicals that could be used or give a lead towards medication for those diseases, are currently being screened. “If we are optimistic for some of those mutations, it could take five to 10 years,” he said.

Prof. Ali, who has been at the university for the past 12 years, and published over 80 research articles, has just won the prestigious Khalifa Award for Education as the Distinguished University Professor in Scientific Research, which was based on his research productivity in genomic medicine.