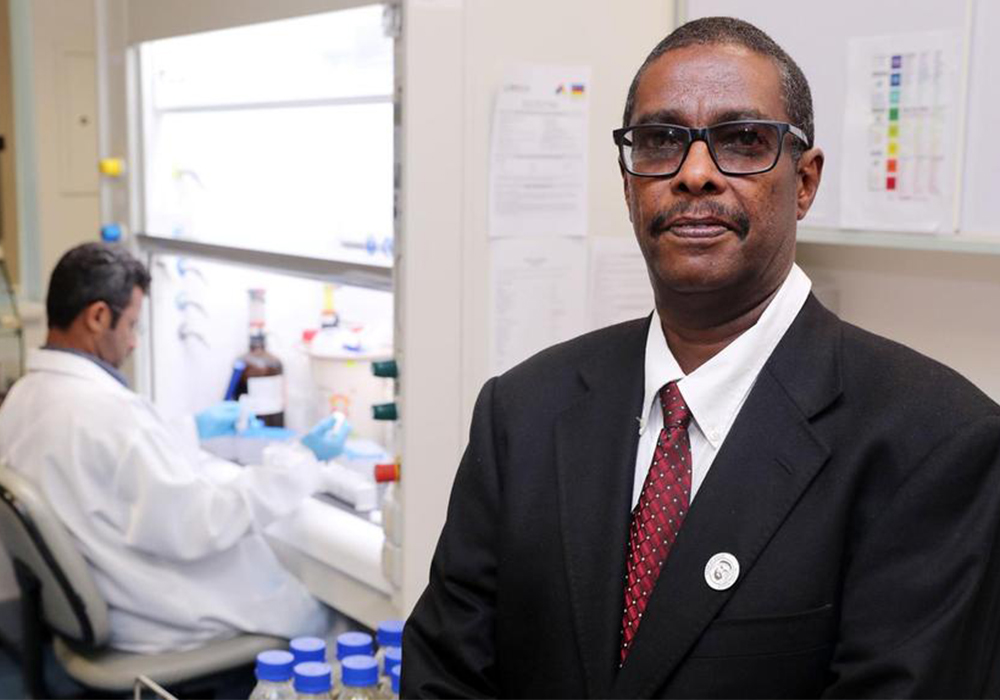 Strong intervention is needed to maintain fishery production in the UAE, a local study has shown

Climate change is expected to cause upheaval in many areas of life, including food production, and it is not just land-based agriculture that will be affected.

As the seas heat up – the United States Environmental Protection Agency has said the top layer of the world’s oceans is warming by 0.1°C per decade – so the fishing industry too will experience changes.

The rising temperatures will be accompanied by lower dissolved oxygen levels, increased acidity and changes to the salinity, which will all impact on population numbers, migratory habitats and distributions.

The effects of climate change on fish populations will vary across the world, with some places likely to enjoy larger populations than before, but the overall effects are forecast to be negative.

A 2016 study by researchers at the University of British Columbia suggested that, by 2050, there will be a $10 billion (Dh36.7 billion) or 10 per cent decline in annual global revenues from fishing if climate change continues unchecked.

Another piece of research, from last year, helped to explain why rising temperatures will affect the fishing industry, which according to the International Labour Organisation employs 35 million people worldwide.

Involving researchers from the University of Washington, this 2017 research compiled data on laboratory experiments on how nearly 500 species of fish deal with particular temperatures.

The conclusion was that fish in hotter parts of the world would tend to be most heavily affected by rising temperatures.

The reason for this is that fish in warmer oceans are already living in temperatures nearer to the maximum at which they can cope.

It ties in with work carried out by Dr David Thomson at UAE University in Al Ain, and reported by The National in May last year.

This work found that a number of freshwater fish species from hotter parts of the world were already living at around their optimal temperature – meaning that temperature rises could prove especially harmful to these species.

Such findings of the effects of climate change on fish in warmer regions make a study just released in the Emirates Journal of Food and Agriculture all the more timely.

Written by four researchers at United Arab Emirates University in Al Ain and one academic at the Humboldt University of Berlin, the paper investigated the extent to which interventions to maintain high fish catches locally would be able to strengthen the industry in the face climate change.

Although the UAE has developed rapidly, fishing – which is primarily carried out by two types of vessel, wooden boats up to 15 metres long, and fibreglass boats up to about 10 metres long – remains a key sector.

“Before and after oil, fisheries are a source of income, they contribute to food security and are a source of a healthier alternative to red meat. Their existence maintains the UAE heritage of a strong connection to the Gulf,” said Dr Eihab Fathelrahman, of UAEU’s College of Food and Agriculture and the first author of the study.

As the authors note, the total fishing catch in the UAE has already declined. Factors such as overfishing, pollution, climatic conditions and competition from imports have, the authors indicate, begun to take their toll.

The growth in the number of fishing boats over the decades may have put pressure on fish populations and ultimately affected yields.

Titled Options for maintaining fishery production in the United Arab Emirates due to climate change adaptation strategies, the study saw researchers interview many of these people who work in the UAE’s fishing industry.

They considered what effect a range of measures to help sustain the fishing industry could have on overall catches.

“Such sustainable practices include hard measures, [such as the] construction of artificial fish habitats in the Arabian Gulf and the Gulf of Oman, as well as soft measures, [such as the] enforcement of regulations that protect and conserve the fisheries’ stocks,” said another of the authors, Dr Khalid Siddig, a senior researcher in the Faculty of Life Sciences at the Humboldt University of Berlin.

Two scenarios were considered. In the first, there is only moderate adaptation to climate change, with no extra capital invested in the sector, while in the second there was a 15 per cent increase in the capital invested and a five per cent increase in the labour force. In both scenarios, the fish stocks available for boats to catch was increased, but by greater amounts in the second scenario. Complex modelling was carried out to determine what the outcome of each scenario would be.

Under scenario one, the fishing industry output increased by 7.8 per cent (to 78,400 tons a year), while under scenario two, it jumped by 15.1 per cent (to 83,700 tons) – an increase of almost twice the size. Under both scenarios, imports and consumer prices declined, which is good for consumers and could cause them to eat more fish.

As a result, Dr Fathelrahman said that the benefits from the measures considered in the paper extended beyond just the fishing industry.

“Climate change adds uncertainty to the economics of the UAE fishing industry. The actions recommended in this study [offer] spillover benefits to all directly or indirectly related sectors of the UAE economy,” said Dr Fathelrahman, citing as an example increased fish consumption, which is seen as healthy protein-rich food.

So, as climate change continues, the outcome for the fishing industry will be determined not just by how fish populations are affected, but also by what measures the industry and government put in place to mitigate these effects. And with more investment, the industry could be looking at a healthy future.