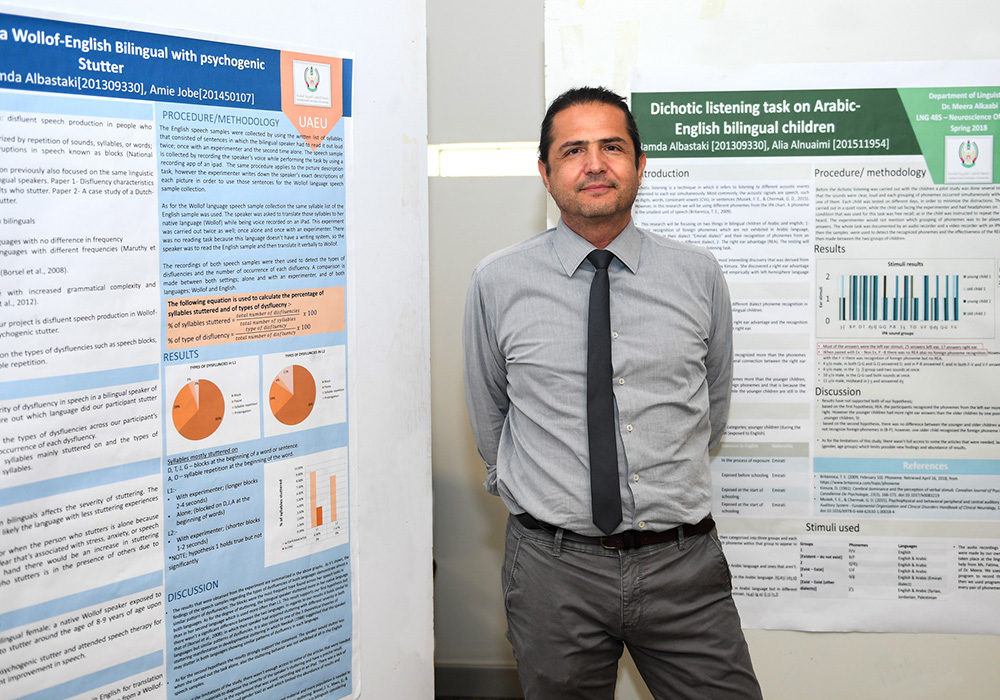 The Emirati dialect has, for the first time, been turned into a database to detect language disorders in children, and to benefit researchers from around the world.

A recent research project at the United Arab Emirates University’s Department of Linguistics, entitled Emirati Arabic Language Acquisition Corpus (EMALAC), has successfully resulted in its own copyrighted corpus of the Emirati Arabic language.

The corpus includes a database of transcribed texts based on six children speaking with their carers at home. Although much work has been done in other languages, including European and Hebrew, not much has been completed in Arabic due to a lack of resources needed to develop a corpus of children speaking in their natural environment.

“In the UAE, there is a lack of Emirati specialists, speech therapists and language disorder experts,” said Dr Dimitrios Ntelitheos, Associate Professor at the Department of Linguistics at the United Arab Emirates University. “In order to understand if a child has a language problem, you have to compare their speech with what children typically produce, but we don’t have that for Emirati.”

There has been no knowledge in Emirati children’s development of speech over time. However, the research will now allow experts in the field to know what to expect from a certain child at a certain age and detect any potential language delay. “It has theoretical uses too,” Dr Ntelitheos said. “In our departments, people who work on Emirati grammar can use it to see how it is employed in natural use.”

A research assistant from the university compiled the database in 2008 over a period of two years when she interacted with her nieces and nephews for half an hour every week, and recorded the sessions. The six children were aged between two and four when the project began.

A total of 41 half-hour recordings were gathered, with almost all six children – three girls and three boys – speaking around 90,000 sentences, including their utterances and language development, over time. Most of the children participated in the majority of the recordings, while two children took part in only half of the available 41 sessions.

The youngsters come from a middle class socio-economic background with high school and university educated parents, employed in government positions or staying at home. The language in their home environment is Emirati Arabic, while they are also minimally exposed to a pidgin variety of Arabic and English, spoken by the domestic helpers in the house.

The corpus provides snapshots of the developmental stages that child Emirati Arabic goes through, and forms an essential database on which typical and atypical child language development can be mapped.

“There are a lot of research groups around the world, in New York University and Essex, who use it for theoretical reasons, to find out how Arabic and Emirati Arabic develops in children,” Dr Ntelitheos said. “Arabic is very interesting because, as a language, it is very different, especially in morphology, compared to English, German or French, because there isn’t a lot of work in it so people are very excited to use it. They can find empirical evidence to solving problems in language and linguistic studies.”

The department has proposed a new BSc program in Communication Sciences and Disorders, currently unavailable across the UAE. The aim of the program is to compile research from the EMALAC project to include in the curriculum, and develop tests for teaching children and adults in language delay.