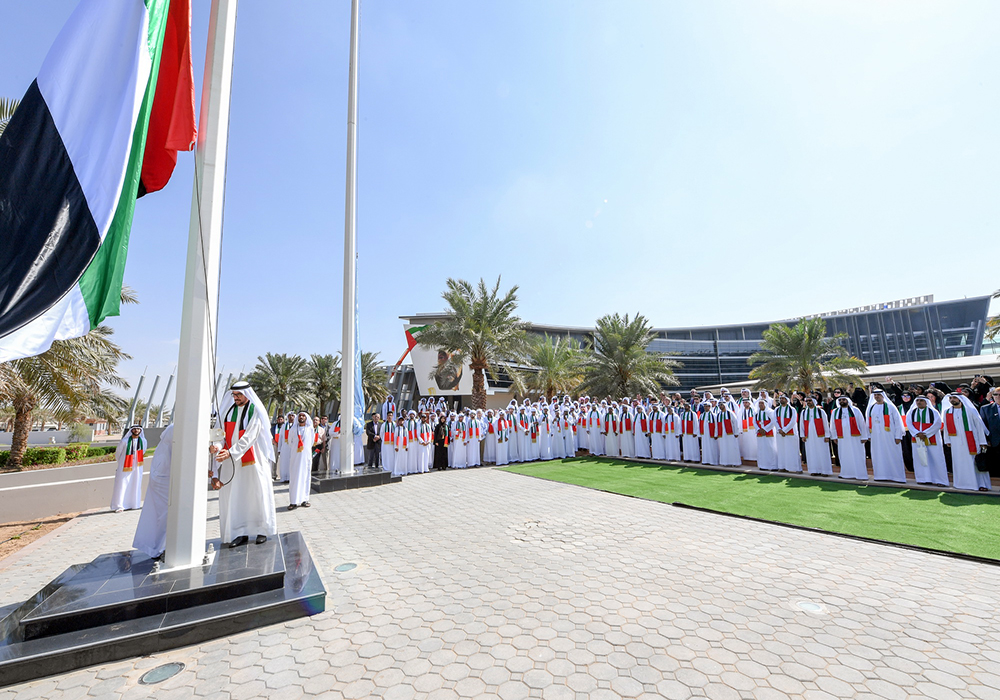 The United Arab Emirates University (UAEU) celebrated at 11:00 am on 1st November the UAE Flag Day, in response to the directives of His Highness Sheikh Mohammed bin Rashid Al Maktoum, UAE Vice President, Prime Minister and Ruler of Dubai, which marks H.H. Sheikh Khalifa being sworn in as the President of the UAE. The celebration held at the front yard of the Crescent Building at UAEU Campus, was attended by H.E. Saeed Ahmed Ghobash, UAEU Chancellor, and UAEU leaders, employees and students.

Speaking on the occasion, H.E. Saeed Ahmed Ghobash said, "This event is an important occasion to commemorate the establishment of the UAE by its founding father, the late Sheikh Zayed bin Sultan Al Nahyan, and their Highnesses the Rulers of the Emirates. It is to express the sincere spirit of loyalty and belonging to the UAE through raising the UAE flag’s status and celebrating the UAE flag, being a national symbol of the country, a proof of the nation’s pride of their country and an honorable image of its people, who with their sacrifices embody the highest means of dedication to the UAE."