‘Zayed's Approach to Coexistence and Tolerance’ discussed at a UAEU symposium 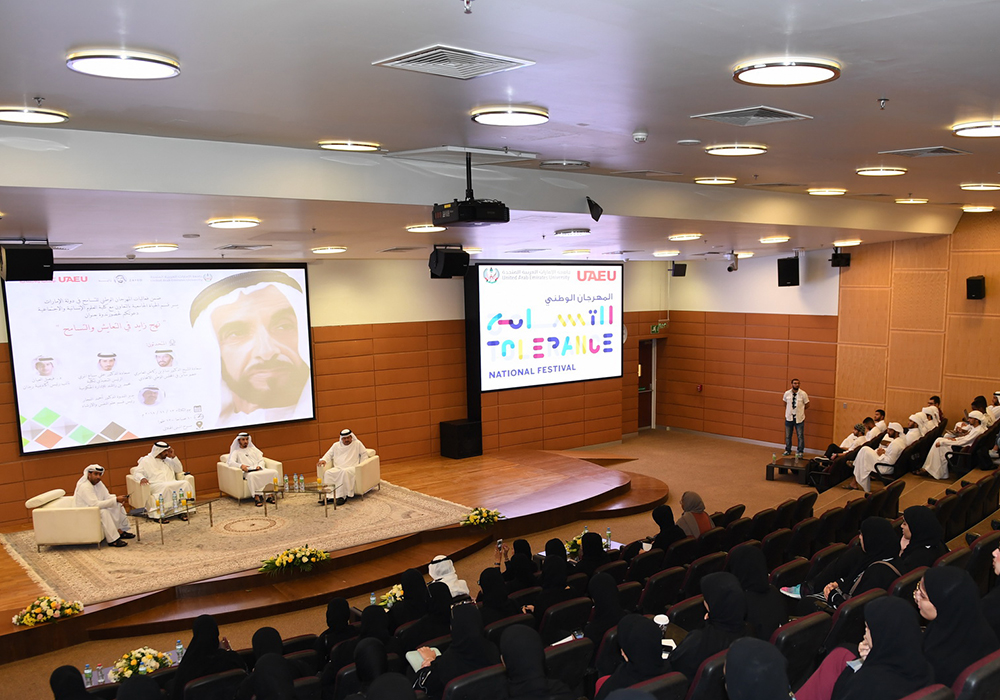 The seminar discussed three main topics: enhancing the role of coherent family in building a tolerant society, promoting tolerance among youth and preventing them from extremism and intolerance, and the culture of tolerance and peaceful co-existence and its relationship to raising the level of happiness and positivity in the society.

Dr. Ali Al-Marri said that tolerance is important for future states and governments. Amid the increasing unrest and conflicts in the world, one of the main future demands of nations will be national security. H.E. Dr. Al Ameri presented several examples of tolerance in the life of the late Sheikh Zayed bin Sultan Al Nahyan, and how the concept of tolerance is still established through initiatives launched these days across the UAE.