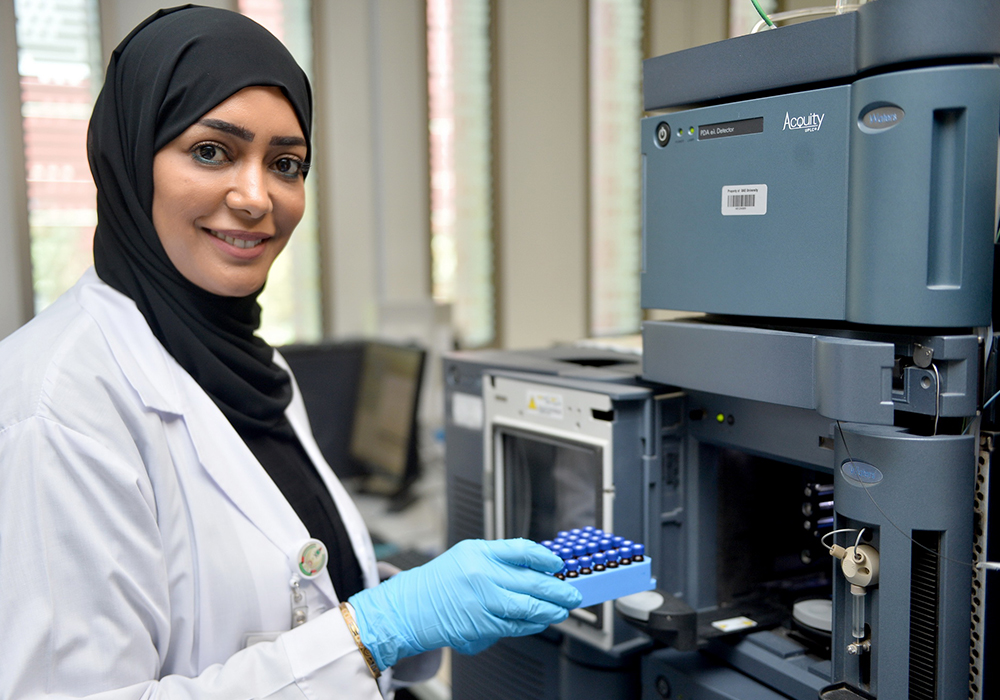 Enhancing the role of sustainable human development across the food safety system for Gulf people and the Middle East, a designated scientific study has been published in the journal" Nutrients", which was conducted by a research team from the College of Food and Agriculture at the United Arab Emirates University (UAEU), with the participation of nutrition experts in the Middle East and with the support from Pfizer International Pharmaceutical Industries. The study explored the fact that a large percentage of the population of the Middle East suffer from severe shortages and deficiencies in some vitamins and minerals despite the convenience of sunlight throughout the year, but the population suffers from vitamin D deficiency, which plays a big role of the growth and development of bone, however, the absence of sufficient quantity leads to a number of diseases like osteoporosis in adults and the incidence of rickets in children.

Dr. Ayesha Salem Al Dhaheri, Vice Dean of the College of Food and Agriculture at UAEU and the Regional Coordinator of the Gulf and Middle East for Food Data Systems at the UN Food and Nutrition Division, stated that "The Middle East region has experienced profound changes and challenges in the environmental, economic, political and social situation associated with diet, nutrition and health. We see cases of malnutrition associated with infectious diseases such as weight gain, obesity, diabetes and other diseases. For example the change in the standard of living of UAE citizens during the past forty years because of the fast improvement in the socioeconomic situation and this change led to less physical activity and a significant change in their dietary habits by adopting Western habits in food, which in turn led to higher rates of weight gain, obesity and a decrease in the average micronutrient rate for some groups of society.

She further added: “The lack of vitamins and minerals in both genders is demonstrated by a lack of vitamin D in males by 40%, in pregnant women up to 35%, and in the group of adolescents to 45%, while the lack of iron that leads to anemia: 31% in school children and 27% in females. We see the signs of physical fatigue and lack of concentration in many university students and this points to them having anemia. The causes of vitamin D deficiency are also attributed to some aspects related to society in terms of traditional clothes that cover most of the body as well as a lack of food intake containing or supported by vitamin D.

Future effects and micronutrient deficiencies in the Middle East have represented in increased rickets in children and osteoporosis in adults, and anemia in school and female schoolchildren which have bad consequences like fractures for aging, lack of professional competence, as well as influencing students' concentrations which lead to poor academic achievement as well.

The study has recommended the necessity for a national campaign in the UAE and the Middle East to address nutrient deficiencies by promoting effective communication between doctors and patients on the one hand, and all groups of society on the other, and also encouraging the community to follow healthy food styles, and seek only micronutrients through supplements which in turn will have a positive impact on the improvement of nutrient deficiencies among the community.