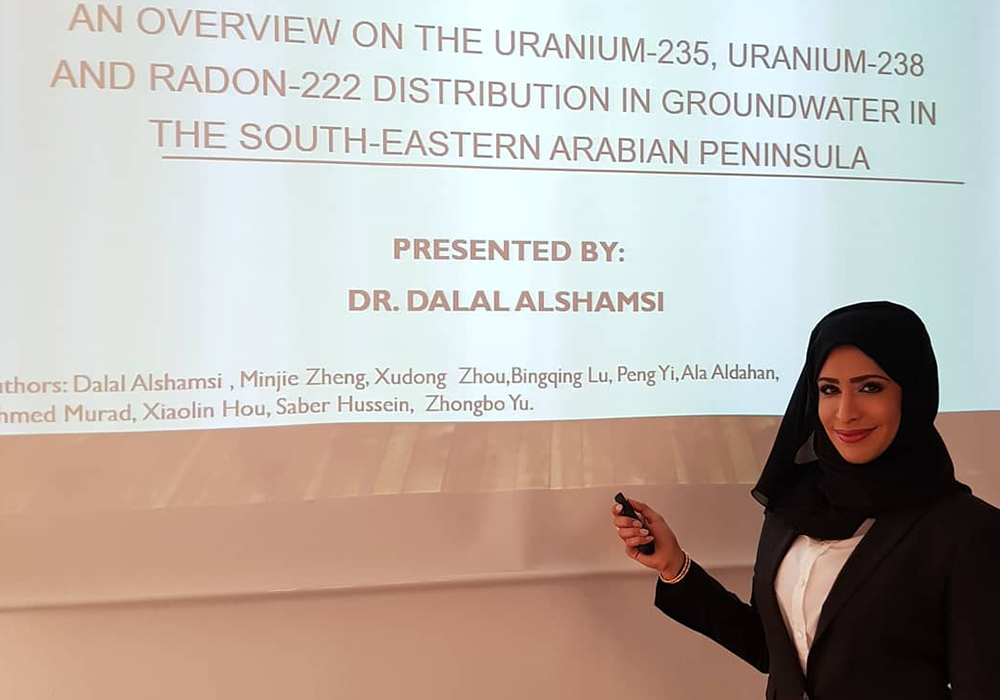 A study titled "Spatial Distribution and Environmental Impact of Radioactive Isotopes of Uranium and Radon in UAE Groundwater" conducted by Dr. Dalal Al Shamsi and a research team from the Department of Geology at United Arab Emirates University, two universities in China and a university in Denmark, was published in the proceedings of the International Conference on Earth Science & Geo Science, held in the Czech Republic.

"The study addresses an important topic in the UAE due to the scarcity of water resources and the desire to follow the best strategies for water resources sustainability and maintaining its quality," explained Dr. Al Shamsi. “For that reason, we started to collect samples from UAE and measure the radiation concentrations of some of the isotopes, such as uranium and radon, to evaluate its environmental impact and establish a relationship between the groundwater aquifer and the quality of the water inside it. The radioactive douses entering a child’s or an adult body has also been measured.”

One of the study’s key findings was that most groundwater samples contain acceptable concentrations of radiation according to World Health Organization recommendations, with the exception of a low number of samples that contain above-limit concentrations.

The study also found a relationship between the type of groundwater aquifer and the radioactivity concentration in some radioactive isotopes. In general, there is a higher percentage of uranium in karst aquifer.

The study recommended the need to regularly take samples of groundwater and measure their radioactivity concentration, to check any changes that may occur due to natural or industrial reasons. It also recommended to create an integrated model of chemical reactions within the groundwater aquifer to accurately identify the source of radiation and better control groundwater in the UAE.

The International Conference on Earth Science & Geo Science is an annual conference that is concerned with earth sciences and combines theoretical and piratical knowledge as well as digital modeling in Geography.