UAEU Scientists, physics department are part of the team that discovered highest energy ever released from the most powerful cosmic explosion in the Universe

UAEU Scientists, physics department are part of the team that discovered highest energy ever released from the most powerful cosmic explosion in the Universe 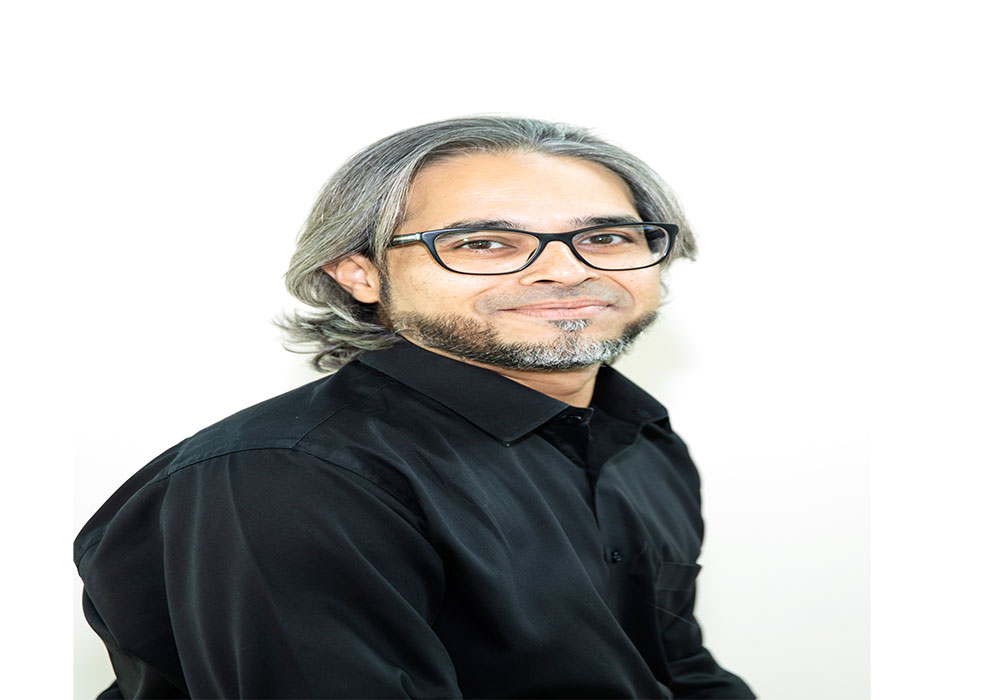 The researchers Dr. Aquib Moin and Saleh Nasri , Physics Department ,UAEU, with an international team of astronomers have detected record-breaking energy release from an extremely violent and powerful explosion. This is the highest energy radiation that has ever been detected from a cosmic explosion in the Universe.

The source of this radiation was a “Gamma-Ray Burst”, an extremely powerful explosion which occurred in a distant galaxy about 4.5 billion light-years away.

“Gamma-Ray Bursts (GRBs) are the most powerful explosions in the Universe that are thought be produced when a massive star violently explodes at the end of its life and collapses into a black hole or a neutron star, or it could be the result of binary blackhole/neutron star merger”, said Dr. Aquib Moin, a UAE-based scientist associated with the United Arab Emirates University who is a part of the team that made the ground-breaking discovery. “These events are very short-lived, typically a few seconds but during that time they can outshine an entire galaxy and release energy equivalent to what our Sun would release in its entire lifetime of 10 billion years”, he added. GRBs fall under the category of “transient” sources which can just appear on the sky at any time and are initially detected by gamma-ray detectors onboard satellites. These events are brief at high energies but there is remnant emission at lower frequencies (called the afterglow) which can last from minutes to months, which can be monitored using ground based optical and radio telescopes.

“These kind of events actually serve as extreme Astrophysics laboratories and potentially hold valuable clues on the stellar lifecycle, impact of astrophysical processes and the fundamental mysteries of the Universe related to how and why the Universe appears the way we see it today but these events are still shrouded in mystery”, Dr. Moin said.

This GRB was detected by two space-based gamma-ray detectors called the Neil Gehrels Swift Observatory and Fermi Gamma-Ray Space Telescope on January 14, 2019. It was given the name GRB190114C and right after the detection, its sky position was disseminated to astronomers around the world. In response, follow-up observations began at a number of ground-based observatories. 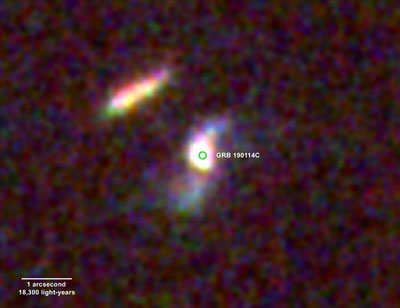 As part of the follow-up, the GRB was observed using the Major Atmospheric Gamma Imaging Cherenkov (MAGIC) telescopes in La Palma, Spain. The MAGIC telescopes clearly detected gamma-ray emission in an energy range of 200 billion to 1 trillion electron Volts.

Dr. Moin and his collaborators detected radio emission from this GRB using the Australia Telescope Compact Array (ATCA) telescope in Australia. A multi-wavelength analysis using the gamma-ray, radio and optical data was then carried out to put everything in perspective.

“The analysis showed that in absence of the detection this ultra-high energy emission we were missing about half of the energy that what these GRBs actually produce. We detected it this time and it will have huge implications on our understanding of these extreme events and how they can explain the workings of the Universe”, Dr. Moin said.

Figure-2: The fading afterglow of GRB 190114C and its home galaxy were imaged by the Hubble Space Telescope on Feb. 11 and March 12, 2019. The difference between these images reveals a faint, short-lived glow (centre of the green circle) located about 800 light-years from the galaxy’s core. Blue colour beyond the core signals the presence of hot, young stars, indicating that this is a spiral galaxy somewhat similar to our own. It is located about 4.5 billion light-years away in the constellation Fornax (Image credit: NASA, ESA, and V. 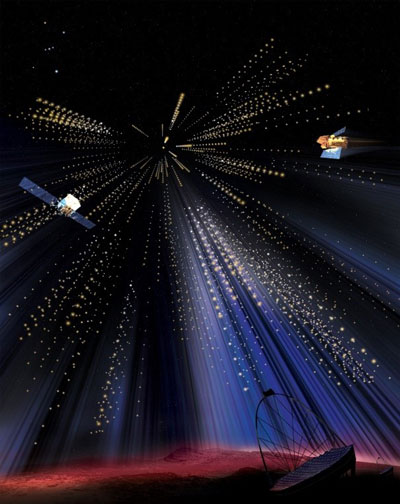 He further added that this discovery and more such discoveries will lead us to newer clues on the most sought-after questions related to the nature and the behaviour of the Universe.