Students who are participating in the camp: We are aspiring to be future astronauts 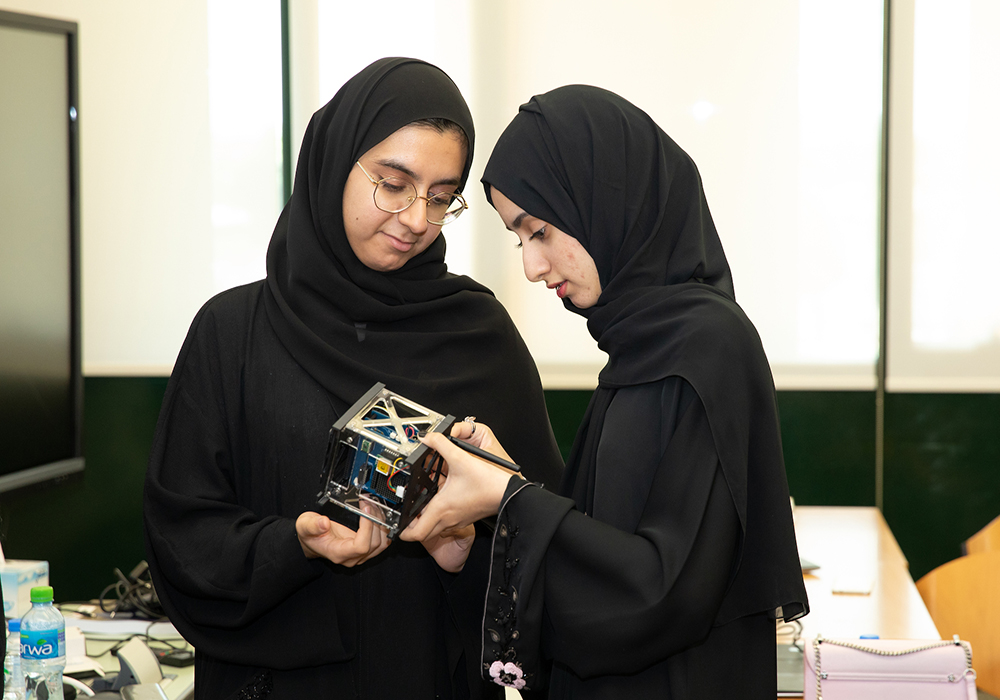 The Second Summer Camp, organized by the National Space Science and Technology Center at UAEU, was launched yesterday. The event was attended by a number of students from Al Ain schools to allow students to be orientated with the scientific aspects of space science by experienced trainers and academics in satellites.

Dr. Khalid Al Hashemi, Director of the National Space Science and Technology Center at UAEU, said that the Summer Camp is an initiative organized by the Center to raise the minds of young people towards space, science, technology, engineering and mathematics. It is an exceptional educational journey that provides students with comprehensive information on space science and satellite engineering. Scientific skills of students and upgrading, especially that the target age group of this camp space ranging from the ages of 15 to 18 years are in the process of preparing them to join universities and the selection of their academic majors.

The Summer Camp is one of the initiatives of the UAEU and the UAE Space Agency for enriching their efforts and role in building human capabilities who are specialized in the space sector and encouraging students in the country to study the scientific materials for joining this sector and its future leadership through cooperation with various stakeholders both locally and internationally.

The activities of the camp include various workshops on the UAE's national space program, satellite projects and how they work, data analysis and space photography, as well as workshops discussing GNSS, design, construction and programming of a mini-satellite.

One of the student, Saif Hazza Al-Neyadi from the Military High school in Al Ain said that “I am very happy to participate in this camp where I learned about the galaxies, planets and stars through scientific lectures, and I saw how satellites work. I dream of becoming an astronaut of the UAE and serving it in this field. "

Whilst, Hamda Jamal Al Kaabi student from Al Madar International School, thanked UAEU for providing this opportunity which she described as AN enjoyable learning experience and discovery through the various workshops and accompanying scientific activities in which she learned how to read and analyze satellite images and the work of the aeronautical navigation system.