The closing ceremony of the UAEU Summer Activities Program 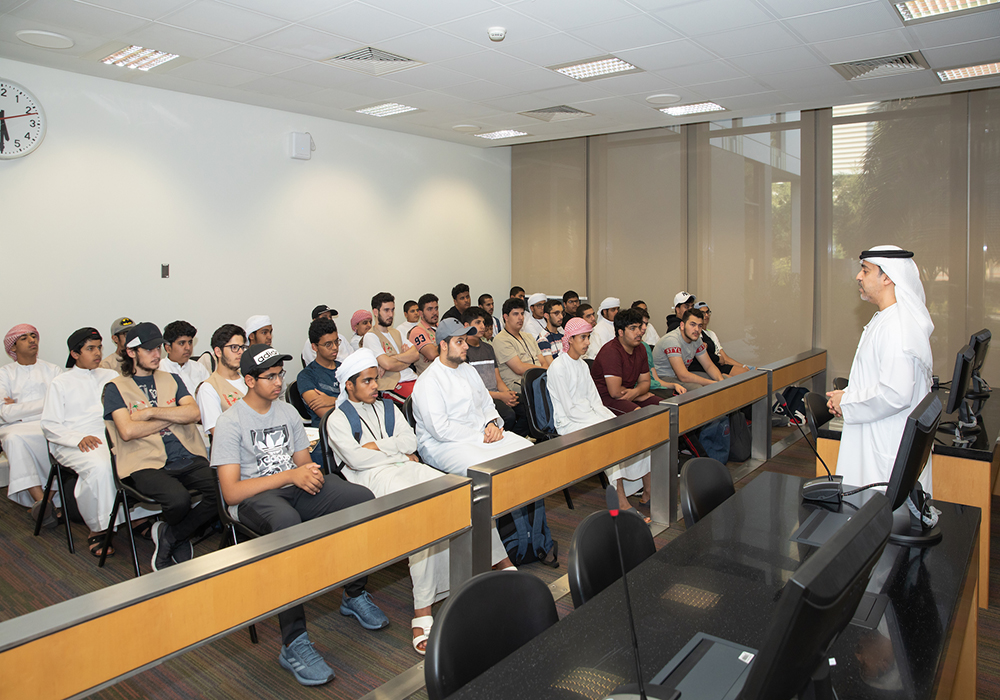 With the cooperation of the Ministry of Education, the UAEU Summer Program, which was held over two weeks with the participation of more than 350 students from various UAE schools has been concluded.

The closing ceremony included a number of technical, sports and recreational staff, in which students have participated in the program, souvenirs, and certificates of appreciation for the organizing committees and students.

For his part, Dr. Ateeq Jaka Al-Mansouri, Associate Provost for Student Affairs, said that the summer program has achieved great success to the students, as the university has provided various facilities to participants, including all facets of scientific, sports, cultural, social and recreational trips intended at improving leadership, developing and enriching their talents and skills in all fields. Also,he pointed out that the summer program sought to raise the level of awareness of the importance of the use of leisure time in the practice of various activities and also provided students with the opportunity to live on campus, which created a daily interaction with the scientific, academic atmosphere, living university life and achieved its goal through meaningful and useful programs that revealed the talents and aptitudes of creativity, Innovation and leadership.

Moreover, we have focused on simulating the real university life, introducing participants to university programs, independence and stimulating thought and potentials through their programs, including applied techniques and flight simulation, language skills in both Arabic and English, mathematics, and scientific programs dealing with fun physics, geology, remote sensing, three-dimensional printing, hydroponics and drones, and providing special programs for artistic activities such as graphic art for comics and sports programs such as bicycles, karate, swimming, football, basketball and self-defense. He thanked all those who contributed to the summer program.

On the impressions of the students, Shahd Al-Abdouli from Masafi School in Fujairah, “I’m felt like a university student since the first day… “

"This program was beneficial," said Ali Al-Maamari, a student from Al-Dahama School in Al Ain. "I was introduced to the university's scientific laboratories and lecture halls”.

Whilst, Mahra Al Raesi from Al Hoor School in Dibba Al Husn expressed her happiness to participate in this program. She said quite frankly and transparently what I expected as benefits, she got in this program. That “we have experienced university life and we have met new friends, got involved in academic and scientific discussion which influenced our knowledge as secondary school students”.

For her part, Marwa Yousef from Umm Al-Emarat School in Abu Dhabi pointed out the importance of organizing such programs and advised students to register in the coming years because of its advantages to your personality as well as building relationships with friends and academics at the university and thanked all the instructors, professors and supervisors.