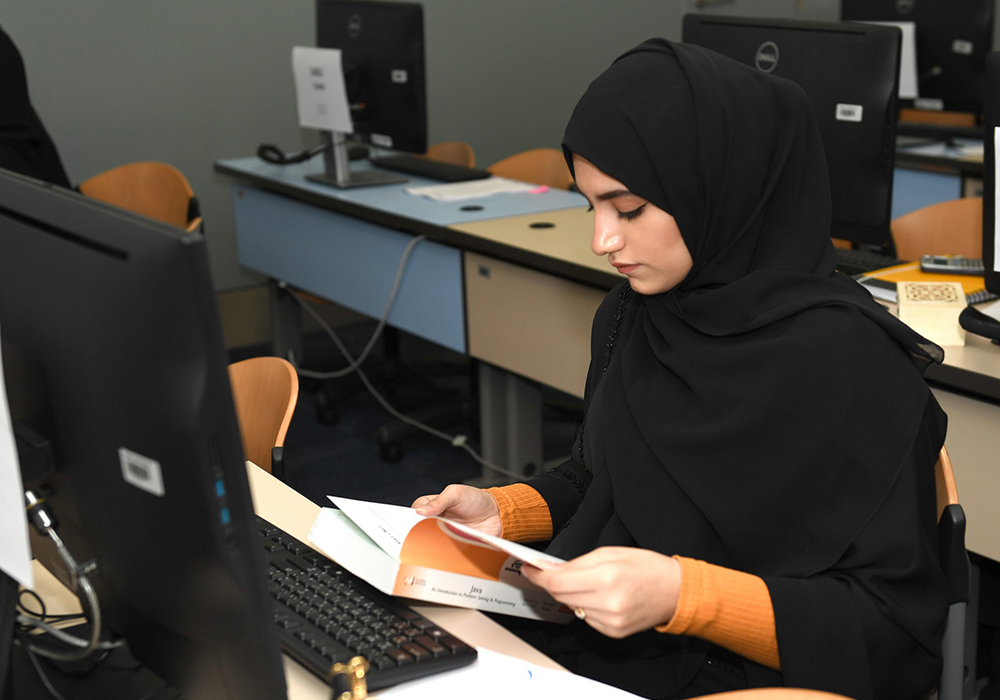 The Fall University Programming Contest (UPC), was held on Wednesday, November 13, 2019 at the College of IT between 11am-3pm. We have invited teams from Abu Dhabi University (ADU) – Al Ain campus and Al Ain University (AAU).

The contest provided an excellent opportunity for students to show their problem solving and programming skills. The contest also aims at preparing our students for similar national and international competitions. This year we had a very successful contest. 23 teams (15 female teams, 8 male teams – total 60 students) participated in the contest. This is the largest participation so far in any UPC. We accommodated the students in three labs; the contest software was PC^2, and development platforms were Netbeans (Java) and DevCPP(C/C++). The majority of participating students were from our college but we had students from other colleges. We had 4 teams from AAU, and the remaining teams were from UAE University.