UAEU Researchers Analyze Effect of Vitamin D on the Stomach 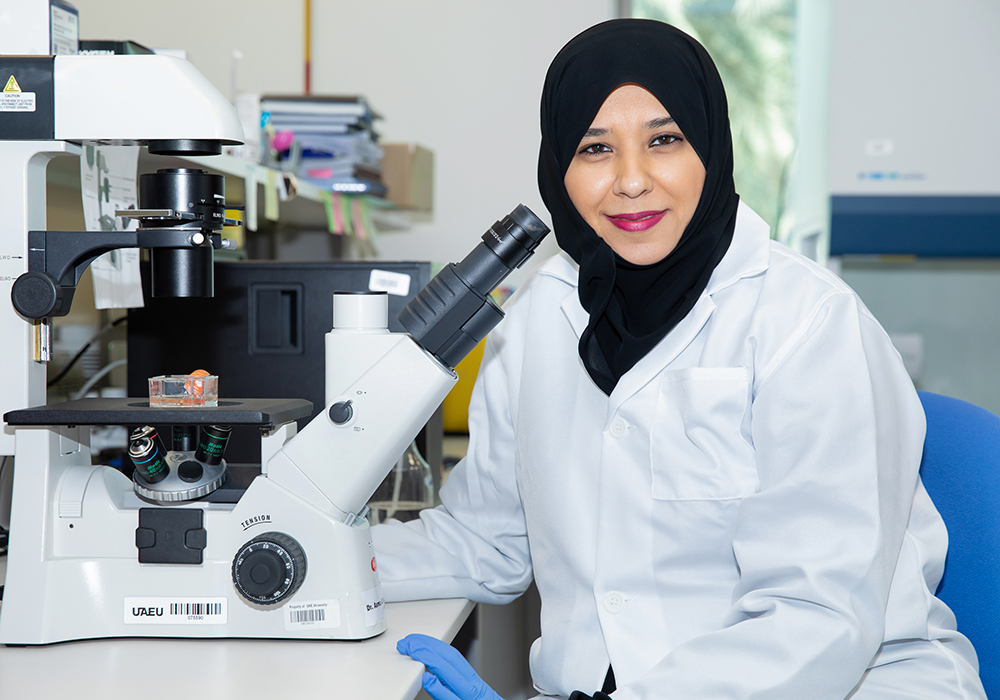 The effect of vitamin D on a human’s stomach has been the main focus of research for Dr Asma Al-Menhali, Assistant Professor in Biology at the United Arab Emirates University.

Through her laboratory, she works on the gastro-intestinal system, with an interest in growth factors, and the hormones or vitamins involved with the gastric balance.

“I like hormones and receptors, so we look at those hormones or growth factors and vitamins, and see how they might affect the gastric system,” she explained. “We are talking about the gastric-progenitor cells, which have the potential to proliferate, which means to divide, and to differentiate, so they will be more specialized cells.”
To do so, they will need a signal to decide whether they proliferate or differentiate. This signal could be one of the hormones or growth factors. “We are interested in these signals, which might affect the signals of the progenitor cells,” she said.

The team treats cells with different drugs – molecules or vitamins – and observe whether they divide or differentiate more. If they differentiate more, they then analyze what type of specialized cells they become, including acid-secreting, mucus-secreting or hormone-secreting cells. “We see their effect on the progenitor cells and if the factors make them divide or differentiate,” Dr Al-Menhali noted. “We think the stomach is an under-estimated organ – if you look at research on the intestine or other organs in the GI system, there is a lot of research, but the stomach is under-estimated so we would like to see if those factors can affect the cells in the stomach.”
The function of the stomach is considered completely different to the intestine, which means it might behave differently. And with a number of diseases at hand, including gastric cancer which affects a high number of people, the research is timely. “The project we are working on is about vitamin D and its effect on the stomach,” she added. “Vitamin D deficiency is a national issue and there are a lot of studies about it along with its different diseases, like depression, hair loss, immunity and obesity, but there are not many studies about the role of vitamin D on the gastric system.”

Dr Al-Menhali started tests on mice by placing them on a vitamin D-deficient diet. Three months later, results have shown that the deficiency affected the number of progenitor cells by increasing their number. “We saw there was a reduction in the acid-secreting cells and, as a result, a reduction in the acid content in the stomach,” she said. “So it affects both cell division and this specialization of the cells.”

The step is the first in the project, which was launched two years ago. Initial work was kicked off by Dr Al-Menhali’s Master’s student and continued by her PhD student. The aim is to keep the mice on the diet for another year to witness any potential development of gastric disease or cancer. “The results could be applied to humans,” she concluded. “We have other elements related to signalling and regulation of vitamin D because there are different forms of vitamin D. I want to see the role of vitamin D on the stomach so we will have more results by next year”.