The UAE is a home to tolerance, reflected by 21 communities participating in the UAEU Tolerance Exhibition 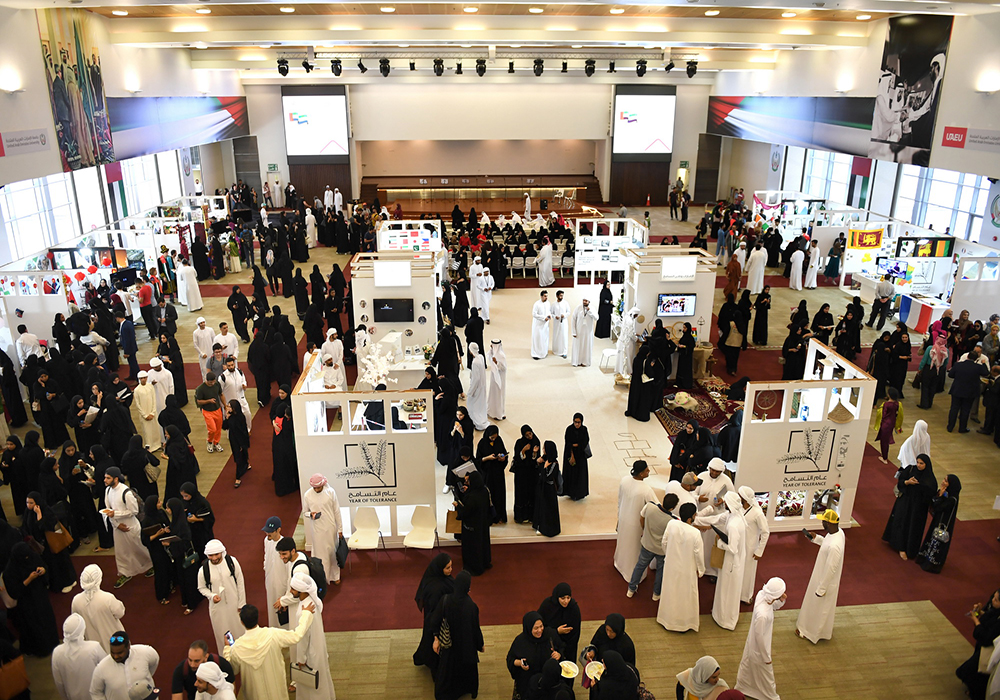 Within the Year of Tolerance, the UAEU organized the “UAE… the Homeland of Tolerance” exhibition with the participation of 20 international communities at the UAEU alongside the UAE pavilion.

H.E. Prof. Mohamed Albaili, UAEU Vice Chancellor, stressed that the UAEU plays a role model as an open and mindful community and accepts others’ ideas and understanding of its vision and trends. The Flagship University is proud of the diversity and pluralism of its faculty, staff and students within one community, which is rooted in the principle of moderation and balance, which is emphasized by our wise leadership and highlights its pioneering role in promoting the culture of tolerance adopted by the United Arab Emirates. The event has translated the concept of tolerance among UAEU students and promotes bridges of love and peace through the exchange of cultures among students at the University.

There were 21 communities participating in the exhibition, "The Homeland of Tolerance", presented by the international students where they have presented folkloric, musical and artistic performances, in addition to introducing the culture and civilization of their countries and the most prominent tourist areas to be enjoyed.

The students of the Rwandan community studying at the university gave a passionate presentation that showcased number of dances and folk music. Also, UAEU’s Music Band participated with a number of instrumental songs from different Arab countries.

The three-day event will include pottery workshops, handicrafts and a variety of folkloric performances.