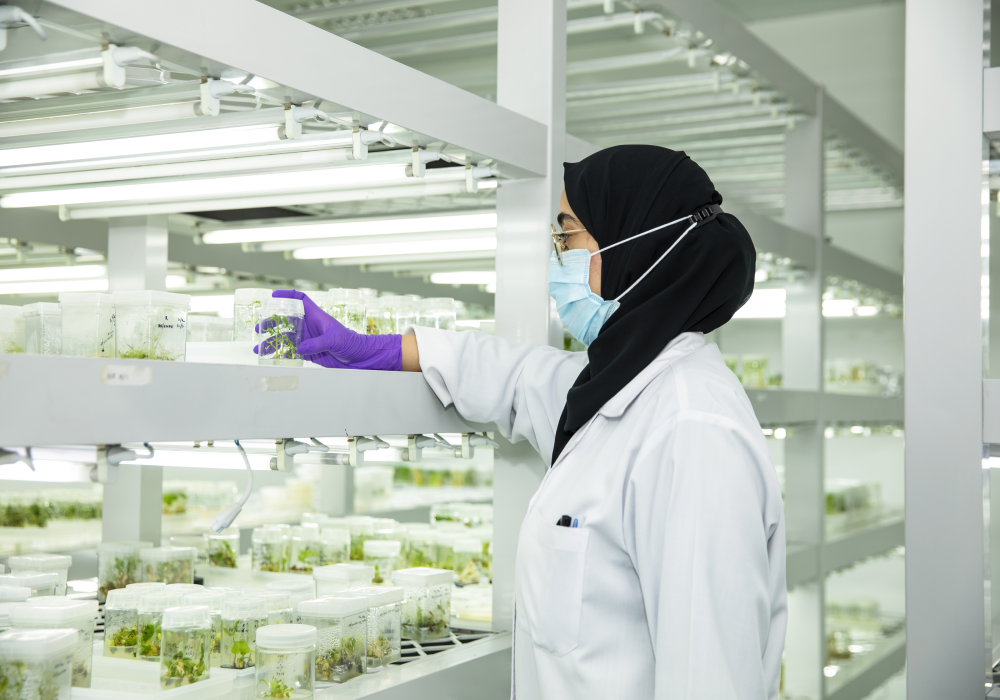 The Khalifa Center for Genetic Engineering & Biotechnology researchers, in collaboration with New York University Abu Dhabi, have found new genomic information that can contribute to the development of saline agriculture in the UAE.  The researchers examined the sequences of 107 species of microalgae from different populations in different locations.  The results proved identified salt-tolerant genes in microalgae.

Dr. Khaled Amiri - Director of the Khalifa Center for Genetic Engineering & Biotechnology said that the center is extensively working on examining desert plants to decipher the genetic codes which have through ten thousands of years to adapt to harsh climate.  These lines of research, which arepioneered by Khalifa Center for Genetic Engineering and Biotechnology can provide valuable information for developing plants that are amenable to strive in arid lands such as in the United Arab Emirates as well as in the Arab Gulf region.

He explained that the results of this research would contribute to understanding how organisms adapt to salt water, and subsequently utilizing the scientific knowledge generated from these research to develop crops capable of growing  in saline, drought, and heat conditions for greater- food security goals. He added that the center is working to harness the genomic information of salt-tolerant algae and other plants to develop stress tolerant crops. . He added, "The information found from the algae genes sheds light on the ability of microalgae adaption to salt water ".

The Khalifa Center for Genetic Engineering & Biotechnology in the UAE University was inaugurated in 2014. The center researchers focus on examining desert plants in the UAE environment to produce scientific knowledge that will help face the global challenges of food security and establish the sustainable agriculture through genome research, genetic engineering and innovation in biotechnology. The center also focuses on developing agriculturally important traits for increasing crops’ economic value in the UAE.