In cooperation with the Spanish Club, ‎Spanish music and dance performances on ‎the stage of the UAEU 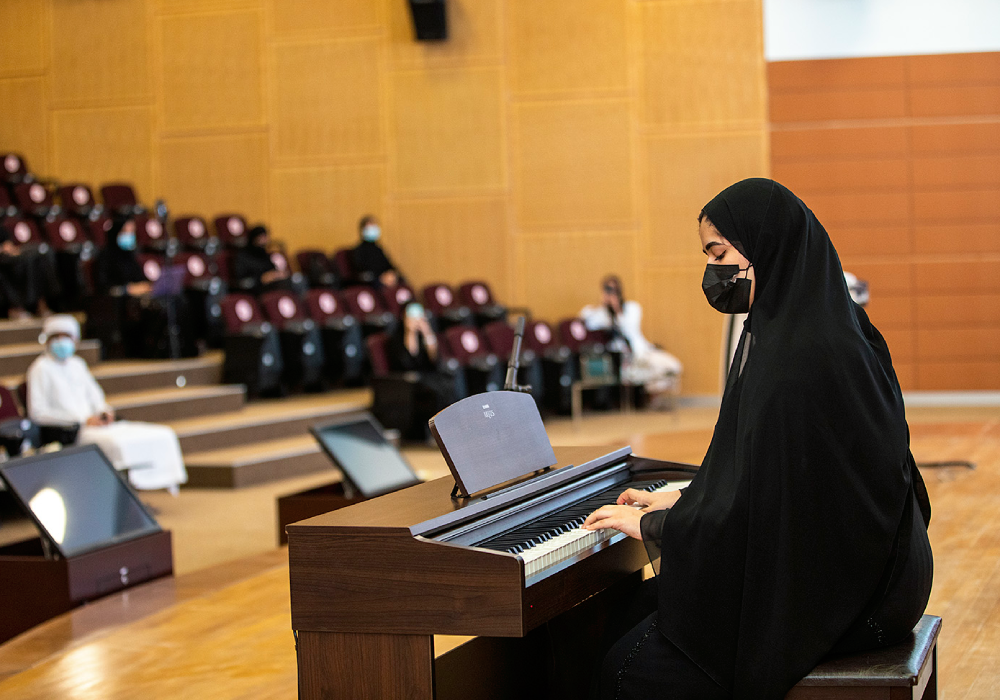 The Spanish Club organized a musical show ‎to introduce Spanish art and culture, Where ‎the Spanish Flamenco troupe attended, which ‎dazzled the audience with its artistic dance ‎that have deep roots in Arab and Islamic ‎history, which enhances civilizational and ‎cultural communication between peoples.‎

Dr. Abdelouahid Samadi, supervisor of the ‎Spanish club at the UAE University, pointed ‎out that the club, which was established in ‎‎2019, includes more than 600 members from ‎university students and from outside the ‎university, and organizes cultural and artistic ‎events throughout the year, with the aim of ‎shedding light on cultures, cultural heritage ‎of peoples and promotion of values of ‎civilized communication. Especially, the UAE ‎is at the forefront of countries that have ‎adopted the approach of promoting ‎tolerance and civilized communication ‎between peoples and nations of different ‎races, beliefs and nationalities without ‎discrimination. Everyone lives on the land of ‎the UAE in peace and security.‎

The club’s activities are cultural and musical ‎activities that seek to introduce Spanish ‎music by presenting some musical pieces and ‎dances, which has become a distinctive mark ‎in the art scene due to its accordance and ‎harmony, in which university students trained ‎on Spanish musical pieces and the Spanish ‎bands performed folk performances.‎

He pointed out that the club is based at the ‎United Arab Emirates University, and it is the ‎only club in the Gulf region.  It is cooperating ‎with many parties to organize cultural and ‎artistic activities and events in various fields, ‎and it is well received and encouraged.‎