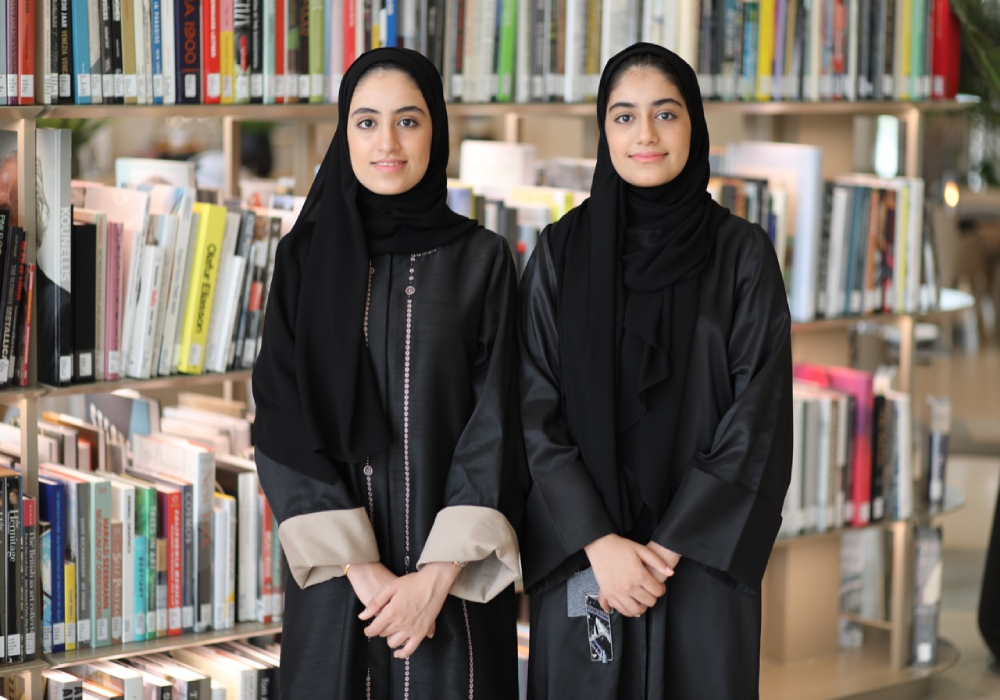 In the first year at the College of Medicine and Health Sciences at the UAE University, the student Mezna Younes Almansouri, has completed 5 innovative projects, and she won prizes and advanced place in a number of international competitions.

She pointed out that her passion for research and innovation came from the encouragement of her family and teachers, in addition to the support provided by the university by providing research requirements, and cooperating with the competent authorities to adopt these projects, which constitute a qualitative addition to creativity and innovation projects sponsored by our government in various fields. It enhances research, knowledge, and future foresight, which UAE look forward to in the next fifty years.

As for the projects, it is the result of joint ideas in collaboration with other students. The work is being done to study the idea and its feasibility and methods of implementation. The first project which is a drug detector. The project won first place in the Think Science competition, and it was completed in cooperation with the Dubai National School with the participation of her colleague student Reem Suleiman from the College of Engineering, where Dubai Airport Customs provided all the facilities to see the devices used in this field.

As for the second project, which is tracking sodium in the sweat of sports players, it was implemented in cooperation with the Emirates Science Club, and it won 6 awards of appreciation inside and outside the country and the third place in the Hong Kong Federation of Youth Groups Innovation Competition 2020, and the gold medal for the global competition for virtual invention in Malaysia, and the Young Scientist Award for the technology category organized by the Ministry of Education. It is a solar-powered device that detects the levels of sodium excreted from the player s body during exercise. It provides information on the amount of water that the player should consume. Mezna says, "Work is currently underway to create a new device that detects epileptic seizures before they occur, in partnership with my colleague, Reem, where we participated in the Maple Exhibition. The wheelchair project for quadriplegics was completed, as I was part of the delegation participating in a Maple conference in South Korea, and we received awards and advanced places and participated in the preparation of media materials during the Corona pandemic published in cooperation with UNICEF for the Child.

Mezna also won the Best Inventor in the Founder Leader Award 2020. She is currently a member of the UAE Children Parliament. She hopes to continue to provide innovation and inventions that contribute to the development of country, society and humanity, enhancing the role and position of the people of the UAE in the field of advanced technical innovations. She also said that there are efforts made by academic bodies and institutions to benefit from these projects and put them into practice