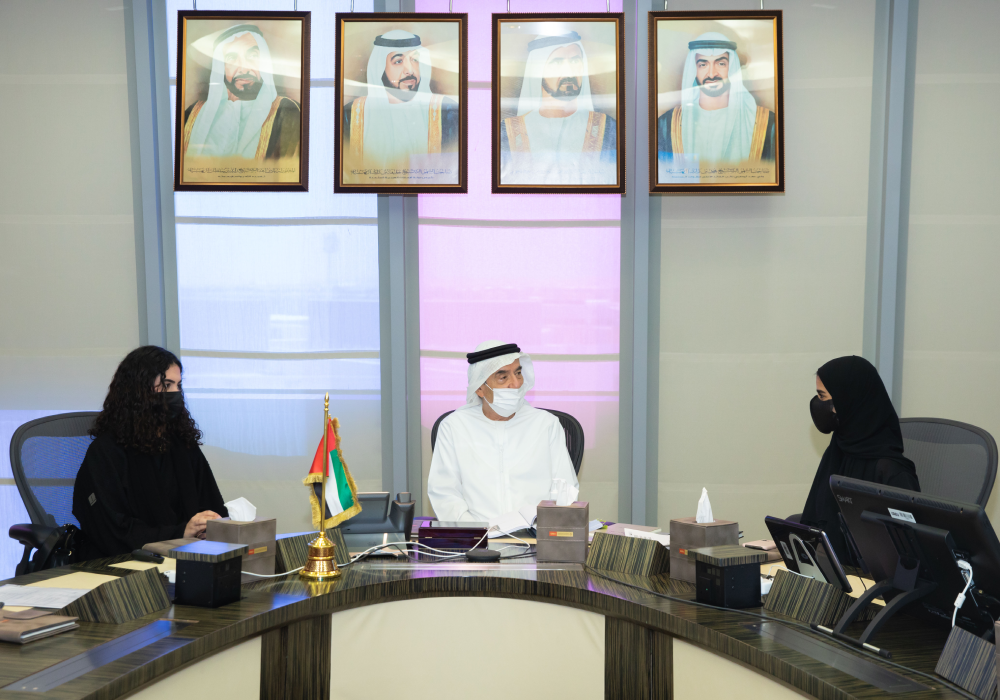 H E. Zaki Nusseibeh, Cultural Advisor to H.H. the President of the UAE and Chancellor of the United Arab Emirates University, this morning received students Maitha Mohammed Al Nuaimi and Fatima Issa in his office to pay tribute to them for winning the University of Sharjah Culture and Arts Competition.

The Chancellor praised the students’ dedication and efforts and wished them continued success in their academic pursuits and future endeavours. He said that the students’ achievements highlighted the high standard of a UAEU education and the university’s continuous efforts to support and motivate its students to be proactive in maximising the value of their studies.

He concluded: "We are proud that the UAEU has distinguished young women who promote creativity and look to the future in innovative ways. They demonstrate that the role of women in achieving the hopes and aspirations of the UAE is fundamental. They also evidence the insight and belief of Sheikh Zayed, founder of the UAE, in the creative potential of women.