UAEU research project gets to the heart of the matter

UAEU research project gets to the heart of the matter 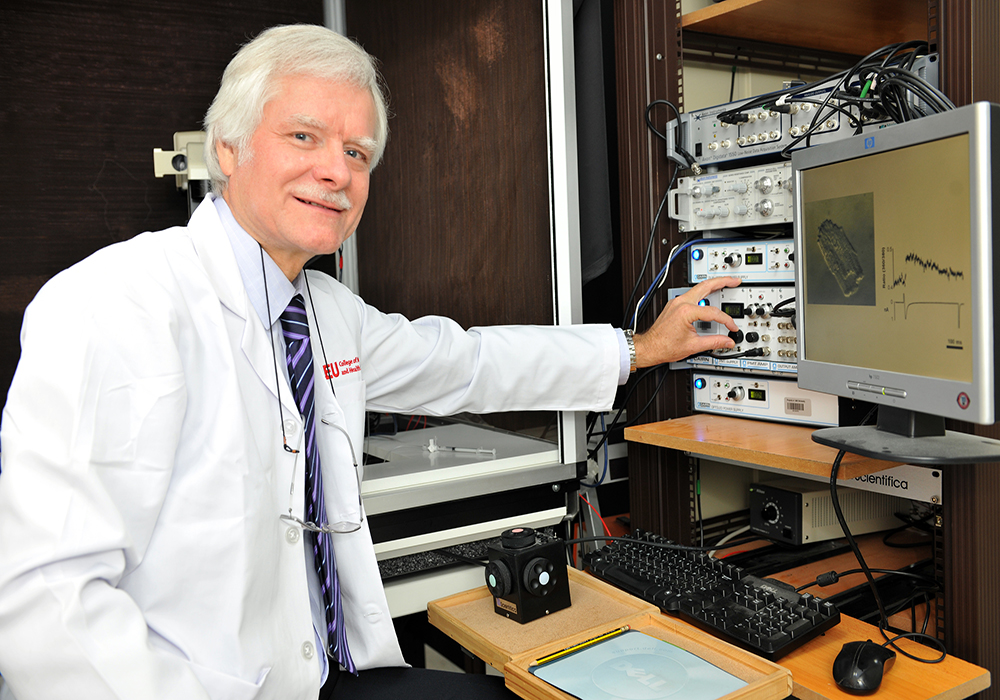 Groundbreaking technology at United Arab Emirates University (UAEU) is opening new avenues of study in the field of diabetes.

The university’s College of Medicine and Health Services has, for the first time in its history, developed a “state of the art” electrophysiology system that is being used to analyse the impact of type 1 and type 2 diabetes on the heart’s muscle cells.

The research, which has the potential to uncover new and valuable findings that can help the global battle against diabetes, has already attracted an audience, with some of its experiments being published in leading health science journal Physiological Reports.

Grants from the College, Zayed University in Abu Dhabi, the Sheikh Hamdan Awards for Medical Sciences in Dubai, and the Al Ain Equestrian, Shooting and Golf Club are enabling the project to be taken forward.

As Professor Chris Howarth of the College’s Department of Physiology explained, contraction in the heart muscles is regulated by calcium, and the technology developed at UAEU is designed to assess the effects of diabetes on this contraction, and the way calcium is transported, through cardiac muscle cells.

"During the process of contraction in cardiac muscle cells the arrival of an electrical signal (action potential) opens L-type calcium channels. There is a small entry of calcium via the calcium channels and this triggers a large release of calcium from the intracellular stores (sarcoplasmic reticulum). This rise in intracellular calcium initiates and regulates the process of cardiac muscle cell contraction and relaxation.

“We have been investigating the processes involved in contraction and the relaxation of heart muscle cells, and in particular the essential regulatory role of calcium, across the walls of the left ventricle of the heart – which is effectively a high-pressure pump - and the effects of diabetes mellitus on the process of calcium signalling in the heart.

“The system we have assembled enables the simultaneous measurement of L-type calcium and intracellular calcium in individual heart muscle cells, and this.

“In turn, enables us to study the effects of experimentally-induced type 1 and type 2 diabetes mellitus on calcium signalling in individual cardiac muscle cells isolated from the heart’s different regions.”

According to the International Diabetes Federation, 415 million people have diabetes in the world and more than 35.4 million people in the MENA Region; by 2040 this will rise to 72.1 million.

There were over one million cases of diabetes in UAE in 2015.