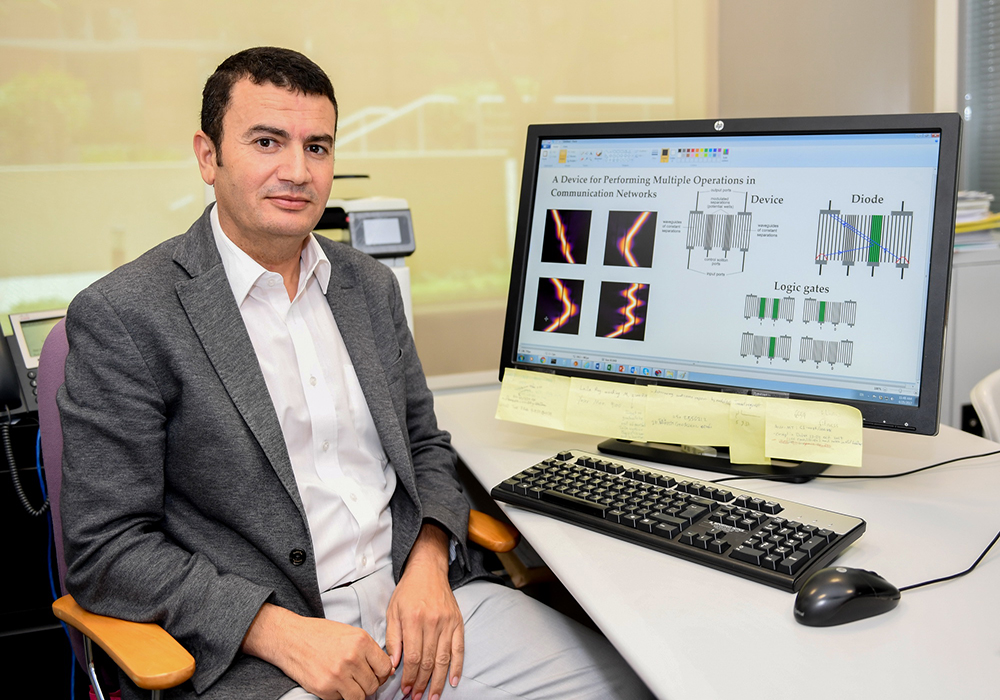 A device designed to help take data processing into a new generation has been patented by a UAEU scientist.

Professor Usama Al Khawaja, of the Department of Physics at the university’s College of Science, has developed a mechanism which allows a range of everyday optical operations – such as switches, diodes, and logic gates – to be performed with a single tool, making communication swifter and smoother.

The device comprises an array of waveguides – structures that guide electromagnetic waves or sound in a way that reduces loss of energy – that are separated to maximize their potential, with possible future application in the computing world. Experts have predicted that computers will ultimately use optics, rather than electricity, to transport data, as light can carry more information than a wired connection while using less energy.

A computer using the technique employed for Prof Al Khawaja’s discovery – which is entitled ‘A Device for Performing Multiple Optical Operations in Communication Network’ – is now being explored. The patent has been awarded for both the physical device he has created, and the means of using it.

“Its purpose is to process data that comes from optical fibres throughout a home, whether from a computer or somewhere else,” he explained. “There are no electrical components involved.

“The advantage of optical signals is that the data processing will be much faster than with electronics, and the bandwidth is much higher. Engineering and research of this kind is the future of data processing, and it is predicted that – within five, 10, or 15 years – optical computers will be designed.”

Prof Al Khawaja says the technology he has developed is designed to be used to process data from sources that people use in their daily lives. He is now seeking collaboration with international organizations that house sophisticated laser laboratories in order to move to the next stage of the project, which will focus on building the device itself.