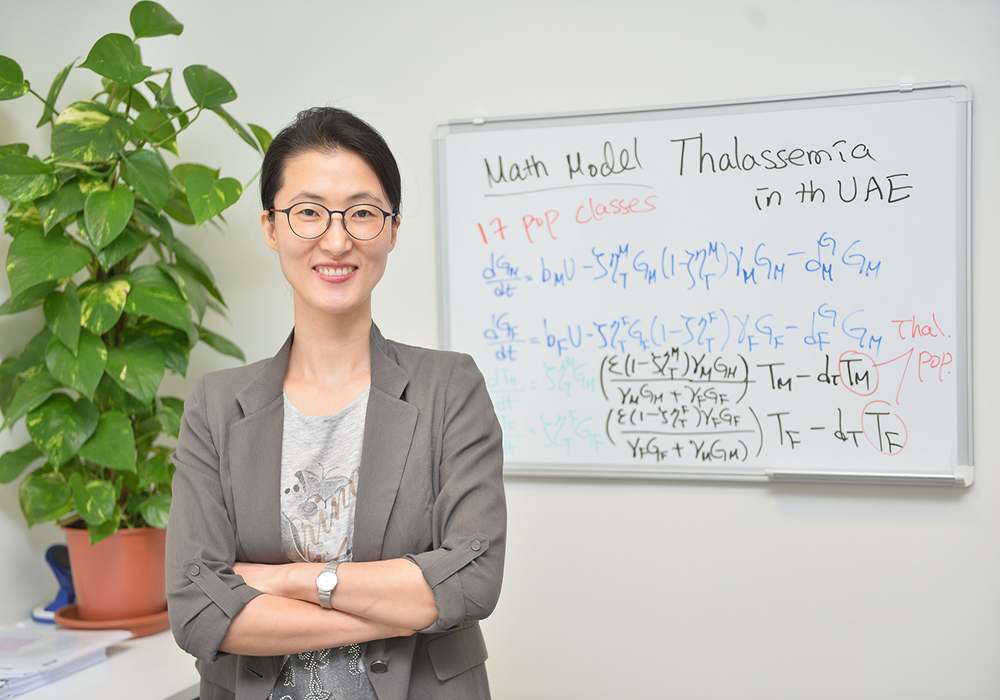 A genetic disorder that can lead to heart failure and cause fertility problems for women can be prevented but not wiped out, and has not vanished for good despite measures to tackle it leading to a decrease in cases, according to new research from United Arab Emirates University (UAEU).

Studies conducted by the Al Ain institution’s Department of Mathematical Sciences analysed UAE population data to assess whether methods of preventing thalassemia – a condition which leads to the body generating an abnormal level of the oxygen-carrying protein hemoglobin – can, ultimately, lead to the eradication of the disorder.

The research team’s findings, which have now been published, found that as long as marriages between people who both carry the disorder take place, an end to thalassemia can never be guaranteed, and that premarital screening and education measures “do not effectively reduce marriages between carrier populations”. However, it says that prevention efforts have led to the number of thalassemia births almost halving in the UAE.

The most severe form of the condition – thalassemia major – occurs when a child inherits defective globin genes from both parents. This generally causes chronic, lifelong anemia from early childhood, requiring frequent blood transfusions and creating the risk of an overload of iron in the body, bone deformities, and cardiovascular illness, as well as placing a strain on blood stocks. A more minor strain, passed from one parent only, does not usually affect the carrier’s life or require treatment.

In the research paper, UAEU faculty Dr Sehjeong Kim and Dr Abdessamad Tridane described thalassemia “a burden” on the healthcare systems of many MENA countries, with “a substantial prevalence” in the UAE where, since 2012, premarital screening has been mandatory for all couples.

“Carrier-carrier couples receive information about the risk of having a thalassemia child and options of prenatal and neonatal diagnosis and preimplantation diagnosis,” they said. “However, the final decision to get married lies with them.”

The team said that thalassemia prevention methods have been introduced in the hope that premarital screening and education will prevent carrier-carrier marriages, but the UAE’s thalassemia population will grow in line with the rise in the nation’s overall population and an increase in cases is “highly likely”. The mathematical mode employed for the study divided the UAE population into several subgroups – children, young adults, and adults - then assessed how those affected by thalassemia had inherited the disorder, and whether screening and education had taken place within that subgroup.

Their results found that while these prevention measures can “push” the UAE’s thalassemia status towards the “extinction” of the condition, they are not “effective enough to achieve thalassemia-free status” in themselves. However, they added: “This result does not mean that education and premarital screening are not effective at all – since these two prevention measures could send a message about the risk of carrier-carrier marriage, such as the 25 percent chances [that it creates] of having children with thalassemia major, the influence of the two prevention measure should be considered in the marriage decision of carrier-carrier couples.”

The researchers said the statistics produced by their analysis showed that the more carrier-carrier couples reconsider marriage, the more the thalassemia major population in the UAE decreases, but “this cannot be sustained unless the marriage reconsideration rate reaches 100 percent, otherwise the number of thalassemia major cases will increase eventually.”

They also highlighted that the most severe form of thalassemia “tends to increase as birth rates increase”, due to the heightened regularity of carrier-carrier marriages; and pointed to the fact that while more education about thalassemia is linked to the number of cases falling, increases in premarital screening rates run parallel to an increase in instances of thalassemia major.

“The result of our study can raise public awareness about the implications of carrier-carrier marriages that have a one-in-four chance of having a thalassemia major child, and the fact that only 100 percent marriage reconsideration of carrier-carrier couples can lead to the thalassemia-free status of the UAE,” said the team in their research paper.

They advised that the UAE’s “current level of thalassemia management” continues, and more measures are developed to reduce marriages where both people carry the disorder.