Introducing the UAEU-developed camel camera that could save animals’ lives 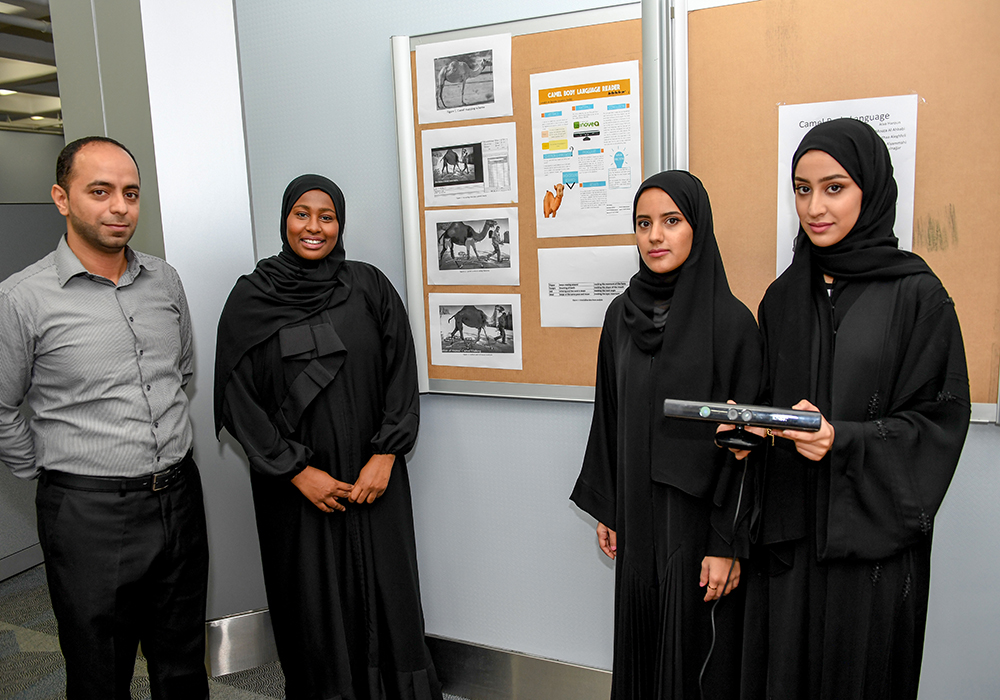 3D technology and techniques designed to monitor elite athletes are being used by students at United Arab Emirates University (UAEU) to develop an early-warning system that can save the lives of camels.

The ‘Camel Body Language Reader’ is the brainchild of a team of four undergraduates at the UAEU and is designed to be a tool for camel farmers to quickly detect whether their animals are suffering health problems that could prove fatal.

The system sees 3D cameras being positioned around enclosures on camel farms, and specially-adapted software – which was originally designed for training Olympic athletes – keeps watch on the behaviour of the animals.

By tracking and monitoring camel movements, the students aim to amass a huge and comprehensive bank of data about their habits and lifestyles, and gain an understanding of how they feel – with this insight allowing signs of illness to be picked up on an early stage, and preventive measures to be taken.

Alaa Adam Hussein Haroon, one of the students developing the behavioural reader, explained that this database is ultimately intended to be so all-encompassing that camel farmers will be able to use it reduce animal losses.

The idea came when a family friend bought, at considerable expense, a camel from Sudan with the goal of entering it into races.

“When the camel came to the UAE, people felt it wasn’t coping,” said Alaa. “But they couldn’t understand what was wrong, and the camel died. That was a waste of life, time, and money.”

The students hopes that by tracking the camel movements the data will help them draw conclusions on how camels feel. They believe that once the database is large enough, the information will be invaluable for camel farmers

“The motivation behind this project, was our desire to understand camels and how they behave in a deeper level,” said Alaa.  “One of the reasons was the incidents where camels die after a race, although they seem healthy before racing some camels due die after a race and it isn’t just due to exhaustion -  it might be related to their mood and behaviour.

“We want to set up a device in which is tells the condition of the camel by just monitoring their behaviour and body language and the final judgement is something like ‘the camel is happy, or sad, or angry’ - where you don't need a camel expert with something like 20 something years of experience.

“The process is a bit long but after collecting enough data and building our database, this database can help in so many different levels.

“In this era data is basically money; you can use it to discover patterns and link things together.

“We are hoping we will be able to learn new thing about camel's behaviour through that and even generalise our results to other animals such as horses.”

The technology is being developed in an apt location, due to camels being part of the historical, cultural, and social fabric of the UAE.

The country has one of the world’s largest densities of camels, currently being home to an estimated 380,000, and the animals are commonly used for racing during the winter months.

Healthy camels are expected to live for 40-50 years, and their resilience is demonstrated by the fact they can withstand temperatures that would be lethal to other animals and retain much more water than other livestock.

However, they are still susceptible to numerous parasitic diseases and infestations which some studies claim have been exacerbated by changes in modern farming practices.