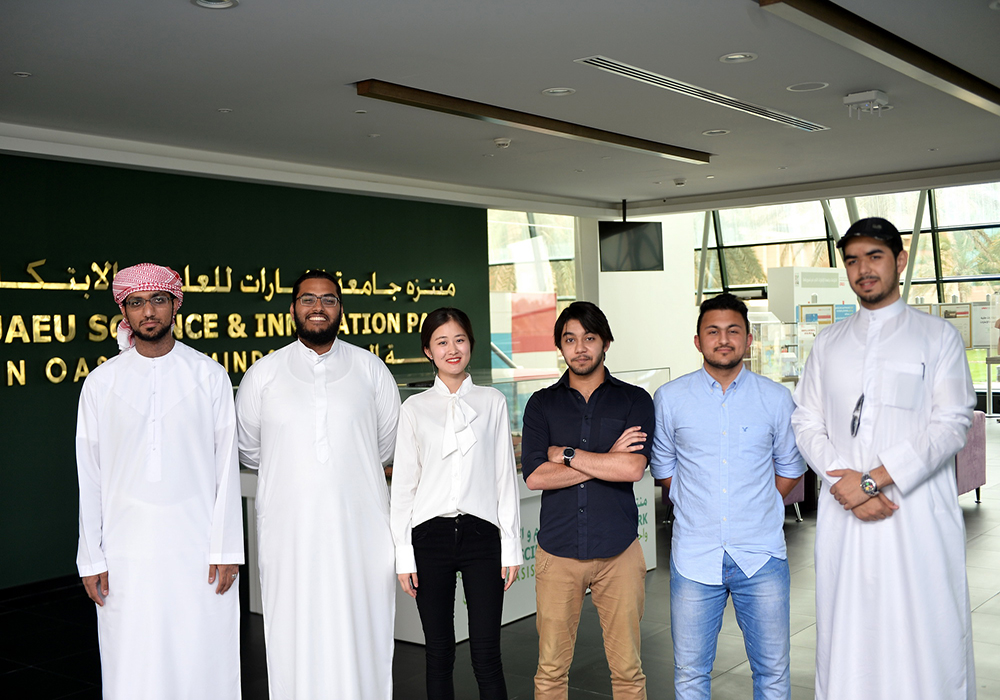 A pocket-sized smart reading device created by innovative United Arab Emirates University (UAEU) students is aiming to give visually-impaired people the technology that will allow them to read whatever they want, whenever they want, and wherever they are.

Braille Eye – a startup currently being incubated at UAEU’s Science and Innovation Park – uses Optical Character Recognition (OCR), which converts documents captured by a digital camera into editable and searchable data, to translate written material into Braille, the writing system used by people who are blind or have severe sight problems.

Designed to be no bigger than a standard mobile phone, the device’s camera enables users to take a picture of a document, file, or image that they want to read, and then directly converts it to Braille. The UAEU team – Emiratis Faraj Alfaraj, 22, who is studying environmental biology, and Mohammed Alhammadi, 22, who is studying electrical engineering; 23-year-old electrical engineering student Mahmoud Abdulmalik; Jingru Ma, 20, who is studying finance and banking; Saifeldden Hatim, a 21-year-old chemical engineering student; and Abdulrahman Ghazal, 20, who is a supply chain and marketing student - hope that it can open up new opportunities and knowledge for millions of visually-impaired people around the world.

“We initially came up with the idea to help a friend and co-founder in our team, who is a visually-impaired student,” explained Alfaraj. “We wanted to help him with his studies and his daily life, so we came up with Braille Eye.

“After that, we thought of all the visually-impaired people around the world who could benefit from this, and the dream of making Braille Eye a tool to ease their lives on a daily basis was born.”

As Alfaraj explains, Braille Eye simply requires the user to direct the device toward any form of written material, and the technology will guide them to the point where this information comes within the range of its camera. The Braille equivalent of the text will then be displayed.

According to the World Health Organization, there are an estimated 285 million visually-impaired people worldwide, of which 39 million are blind and 246 million have low vision. About 90 per cent of them are on low incomes, and 82 per cent of those who are blind are aged 50 and above.

“This device is intended to help visually-impaired people around the world become more independent in their daily lives,” explained Alfaraj.

“It will mean they don’t have to wait for Braille versions of books to be published – they will be able to simply go directly to libraries and use Braille Eye to read. The device can be used in supermarkets, to read bills, or in restaurants, to read menus – Braille Eye is designed to help them read anything, any time, and anywhere.”