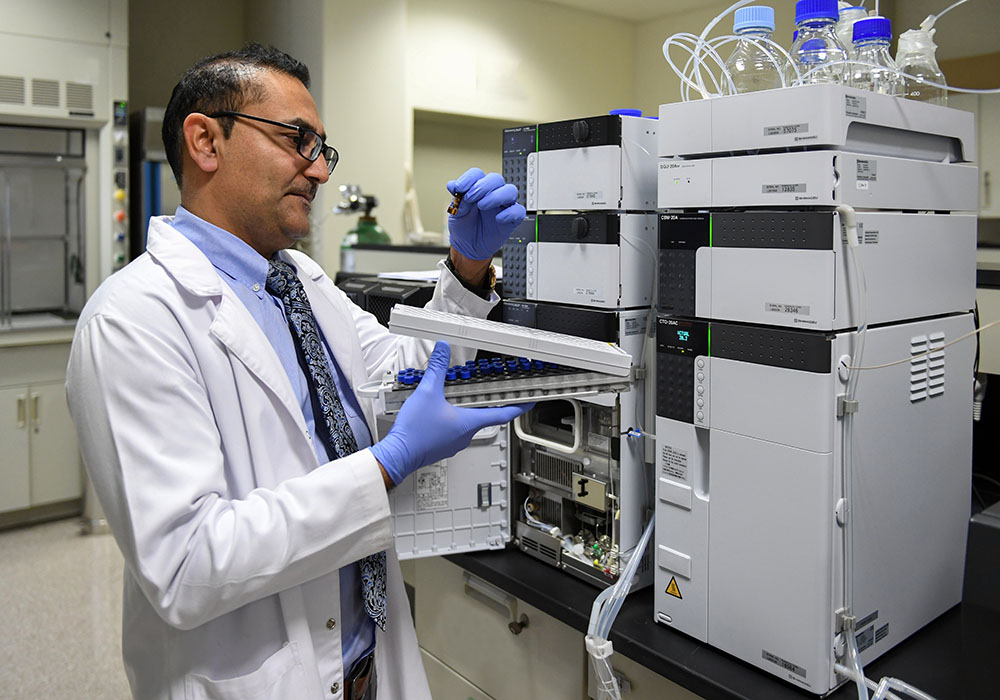 Scientists at United Arab Emirates University are working on a new test to help detect kidney disease in humans.

Part of a wider project into chronic kidney disease (CKD) and renal function, Dr. Iltaf Shah, the lead scientist on the project and an Assistant Professor of Biochemistry at UAEU, says the new test is an “inexpensive, non-hazardous and reliable” test for detecting kidney disease at an early stage.

According to reports, there are more than 2,000 people suffering from CKD in the UAE – and around 250 more people are being diagnosed each year – therefore tests that enable doctors to detect kidney disease early are “instrumental” in preventing or slowing down kidney failure, says Dr Shah.

“If implemented in hospitals, this new test could be a very important first line of defense against kidney diseases and it could add to the existing tests – such as routine blood tests and urine tests – to fight against chronic kidney disease,” explains the assistant professor. “The new test will be instrumental in further and future research, and will enable health authorities to quickly and accurately assess kidney function and determine the health of a patient’s kidneys.”

The test, which has been under development for two years and was trialed on 20 volunteers, is described as the iothalamate renal clearance technique and is used to determine the kidney function and health in humans. “This technique measures the Iothalamate drug in human blood and urine to assess kidney function in humans,” explains Dr Shah, who hopes the new test will be considered alongside current testing methods, which include inulin glomerular filtration rate (GFR), Isotopic GFR, and estimated GFR (eGFR) using the creatinine clearance blood test.

However, Dr Shah adds: “Inulin GFR is the gold standard for measuring kidney function but is a complex procedure used only when a more accurate result is required. Isotopic GFR, meanwhile, is sometimes performed using radioactive isotopes, which could be hazardous for health. eGFR using creatinine clearance (the rate at which the kidneys filter creatinine, a waste product in your blood) is the most commonly prescribed initial test to determine kidney function. However, the plasma creatinine concentration alone is only a very rough guide to renal function. eGFR using creatinine clearance is often used as a rough measurement of GFR, with a timed urine collection and a blood sample taken. It is time-consuming and is limited by problems of inaccurate urine collection and tends to overestimate the GFR (a calculation that determines how well the blood is filtered by the kidneys).

“Our new test, the iothalamate renal clearance technique, is a very accurate, reliable and non-hazardous test and it could be used as a basic test for checking renal function in humans.”