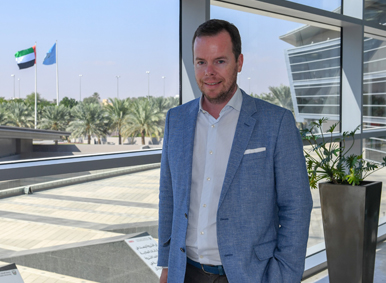 Associate Professor
Chair of the Department of History and Archaeology

Adriaan De Man was born in the Flemish region of Belgium, and grew up in Portugal. He is a proud former student of Coimbra university, an institution with medieval roots and rich traditions, where he started developing a passion for archaeology that would ultimately lead him to Al Ain. He currently is Associate Professor and serves as Chair of the Department of History and Archaeology. He directed twenty-one archaeological excavations, mainly at Roman and early Islamic sites, and published almost one hundred texts, including five books. From time to time, he also explores other periods; he is now dealing with Bronze Age materials from recent fieldwork, and on the other hand with the Portuguese presence in the Arabian Gulf.

Over the years, different paths led him to Art History, Museum Studies and Cultural Tourism, in the private sector as well as in academia. Part of his academic career has been centered on research evaluation and quality assessment for governments and funding agencies in Europe and North America. Together with the regular attendance of scientific conferences, these evaluations are crucial for keeping up with the latest developments in Higher Education, whilst at the same time giving back to the research community. Adriaan lives a happy life in Al Ain with his wife and his almost three years old daughter. Most of his free time is spent with them. He very recently joined the local rugby club, in a reminiscence of his early student days, when he played for Académica de Coimbra. He is also a UAE Automobile and Touring Club marshal, and is writing these lines during an interval of the 2018 Abu Dhabi Formula One Grand Prix, at which he is deployed to the pit lane.