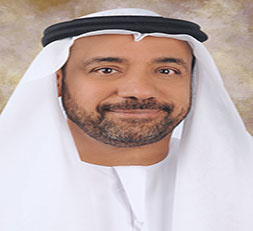 After working for the Abu Dhabi National Oil Company (ADNOC) for 24 years and moving to the utilities sector, Mohammed Al Dhaheri was looking for a graduate program that was both local and of practical nature.

With a number of PhD programs flooding the higher education market, he felt it was not the path he wished to follow. “I wanted something which will add value to what I am doing and will give me an opportunity to explore and build on my experience,” said Al Dhaheri, who was born in Al Ain. “The DBA program at the United Arab Emirates University is part time, which was a must for me, as any program abroad requires you to almost be full time.”

As part of the program’s first cohort, which graduated in May 2016, he chose to follow the DBA route, which was local, practical and part time. “I was very pleased to see this DBA offered by our national university,” he said. “I rushed to apply, and the program was so serious from the beginning. The selection, to the program itself, was thorough, and it was really quite a demanding one which needed commitment and patience, especially for a working individual.”

He was particularly pleased with the choice of topic, which he says, “makes or breaks” such a graduate research journey. “If you choose something you’re not really passionate about, or if you’re not really eager to research and it means something to you, then with the challenges one would face, you could easily find yourself quitting,” he said. “My topic was the effectiveness of EPC, which is engineering procurement construction in major projects in Abu Dhabi’s oil and gas sector from an end-user perspective. From my experience in operations at ADNOC, we were the end-users who looked after operating and maintaining these facilities.” Later on, he became Projects Director, managing projects in terms of their delivery.

There, he attempted to test and verify the effectiveness of this type of major projects’ model for the end-user. “Globally, there is always a compromise, and a push-and-pull between these two teams resembling project success and product success,” Al Dhaheri said. “The project manager wants to finish on time and save money to move to another project, but the end-user will endeavor to get best machinery and maintenance without poor access, as he is the one who will live with that. I’ve seen many cases where the end-user would try to push his cause in trying to get something modified or improved in certain parts of the project, but the project manager would insist that it’s not in the scope and would delay the project.” Such major projects take years, as technology evolves, rendering some equipment, at commissioning, almost obsolete.

“You have to exactly know what you want in these EPC projects,” he added. “I pointed out how to deal with these issues later on.” Al Dhaheri moved to the Abu Dhabi Department of Energy, under which the Abu Dhabi Electricity and Water Authority (ADWEA) was merged. Since June 2011, he has been serving as Senior Adviser to the Undersecretary and Chairman of the Al Ain Distribution Company, which provides utility services to Al Ain. He is also the Chairman of the Independent Sewage Treatment Plant 2, where sewage from Al Ain and Abu Dhabi is treated to purify water. The program greatly helped further his profession.

“I am really pleased with the program,” he concluded. “The university invited me to become a member of the advisory board of the college and I am honored because this is an opportunity to loop the information we got from our experience into the program for improvements.”