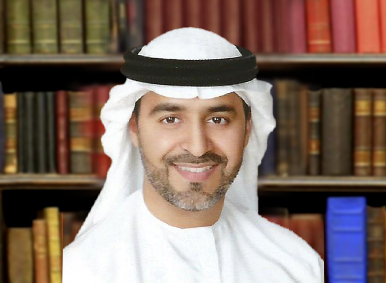 Helping the legal experts of the future mark out their path

In his spare time, Dr Abdulla Al-Khatib likes to draw. When he is at the United Arab Emirates University (UAEU), his students prefer to draw on his experience and expertise.

As Associate Professor of Civil Procedures at the UAEU, Dr Al-Khatib is focused on cultivating the knowledge and nurturing the skills of young people who represent the nation’s next wave of legal professionals, combining his academic tutelage with coordinating their professional development by placing them with law firms in order to complete their training.

Meanwhile, he also applies his legal prowess – honed over many years of study and work in the sector – to his role of Director of the Legal Clinic at the UAEU, where he provides pro bono consultancy services and works with the university’s Human Resources department to steer the institution through legal issues that arise.

His life in law has come full circle, as it was at the UAEU where it all began. Graduating as a Bachelor of Law in 2000 after four years of study, he went on to undertake his Master of Laws (LLM) degree at Tulane University in New Orleans, subsequently also gaining a Ph.D. in Law from the Louisiana institution.

Dr Al-Khatib cut his teeth in the legal sector by training as a lawyer at a Dubai-based firm, where he wrote memos and pleas to courts and other institutions, liaised with clients, negotiated contracts, and conducted other pivotal official matters. But the pull of academia brought him back to the UAEU, where – after publishing many legal articles in high-ranking academic journals – he was promoted from Assistant Professor to Associate Professor in 2016, his personal career highlight to date.

Since returning to the UAEU, he has been awarded the university’s Dean’s Award for Excellence in Teaching Award in 2016, and its Dean’s Award for Excellence in Community Service for the 2016/17 academic year. The latter accolade is presented to the faculty member who has made “the most outstanding contribution to the university and the community”, with Dr Al-Khatib being named as its most recent recipient due to his “remarkable contribution” to the UAEU’s College of Law, including serving on many high-level legal committees and providing invaluable advice in his areas of specialization.

Dr Al-Khatib takes inspiration for his dedication and work ethic from His Highness Sheikh Mohammed bin Rashid Al-Maktoum, Vice President and Prime Minister of the UAE and Ruler of Dubai. Away from the UAEU, he enjoys spending time with his wife and five children, Mira, Reem, Abdulrahman, Juri and Jood, and practicing Arabic calligraphy, as well as his fondness for drawing.