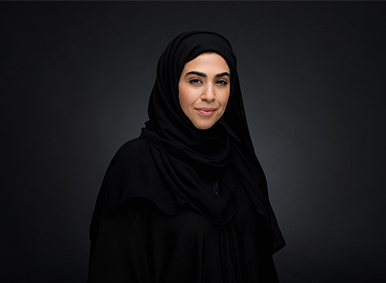 Dr. Jinan Bastaki is a UAE national and a graduate of the London School of Economics (LLB ), the University of California at Berkeley (LLM), and SOAS (Ph.D).

Dr. Bastaki joined the Law Faculty as assistant professor of International Law in 2017. Her Ph.D thesis focused on refugees and their right of return. She has presented in many international conferences on the topic of refugees and refugee law and has been invited to take part in panel discussions on the rights of refugees in certain parts of the world.

Jinan has volunteered in refugee camps in Jordan and Greece. While her basic foundation is in International Law, her work is multidisciplinary. She is interested in people, particularly in how to increase the visibility of groups not generally recognized under existing legal or political categories. She seeks to challenge these traditional legal categories that have created an unjust ‘hierarchy of rights’. She has conducted interviews with diaspora communities and refugees and aims to publish her findings.

She adds that for her Ph.D thesis she, “interviewed displaced people who were not recognized legally as ‘refugees’, even though they had suffered the same displacement as refugees and were unable to return home. Their lack or recognition essentially ‘erased’ their narrative as displaced people.”

Her current work focuses on how to better international refugee law to cope with many current challenges: such as a large influx of refugees that is not adequately covered by the 1951 Refugee Convention. Her paper for an upcoming international conference in the US focuses on faith-based principles as a regional standard to encourage states to do more to support refugee communities.

In her free time she likes to relax in coffee shops wherever her travels happen to take her.