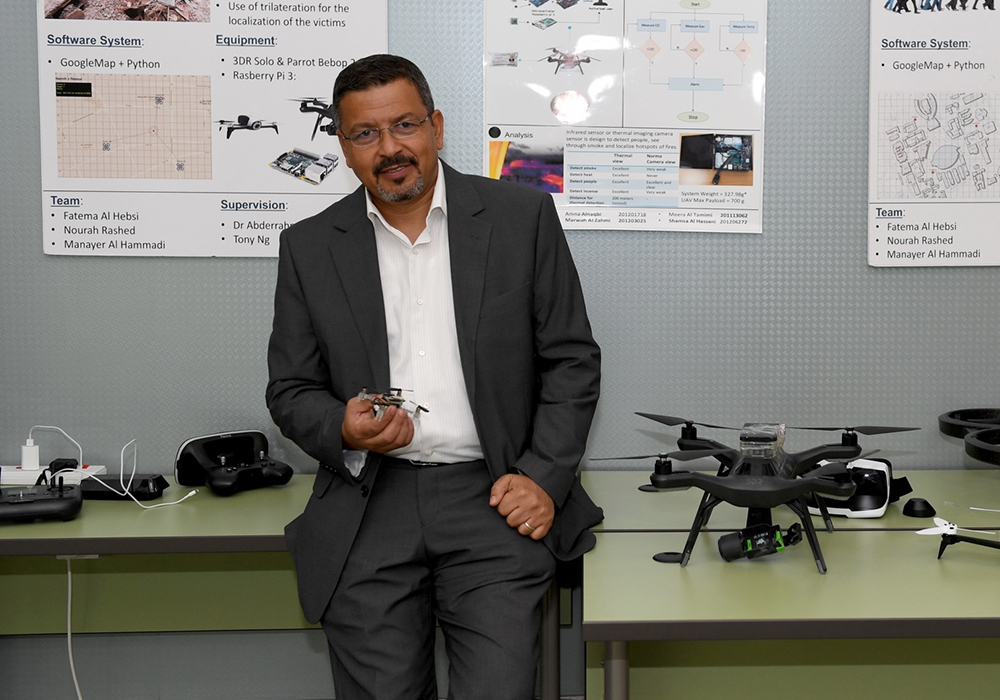 Nowadays the Information Technology world is witnessing rapid changes and advances in technology that will have a profound impact on our lives. With the advent of the Internet of Things (IoT) – technology designed to connect the physical world to the Internet – new applications are constantly being created to improve our everyday lives and enhance our lifestyles. By having accurate, real-time information we can expect to further exploit digital data in many fields from smart cities, smart healthcare and smart transportation to autonomous intelligence systems. Indeed, these autonomous systems such as unmanned aerial vehicles (UAV), or drones, are expected to dominate the national air space in the very near future. Along with other types of transportation, drones will play an important role in the deployment of sophisticated new parcel delivery services, monitoring traffic, surveillance, target detection, tracking, and search and rescue whether in cities or rural areas.

Since joining UAEU’s College of Information Technology, Dr Abderrahmane Lakas, associate professor in the Department of Computer and Network Engineering, has been conducting a variety of research projects with a specific interest in wireless and mobile networks, multimedia communications systems, vehicle networks and autonomous vehicles. Along with his colleagues, students and research team (CAST: Connected Autonomous Intelligent Systems) he has extensively researched ad hoc connected systems. More recently, working alongside his students, he proposed a novel drone-based solution for search and rescue situations, where they demonstrated the benefits of commercial drones for civil and humanitarian uses. In a disaster situation, the main challenge for the search and rescue teams is to find and locate victims in the first few hours after the disaster. In this project, the system used radio-scanning techniques that allowed the drones to detect and locate victims via their mobile phones. This exploited the fact that radio waves are continuously emitted by mobile phones as they autonomously search for networks to connect to.

This drone application has been exhibited at forums such as GITEX and IDEX and has been tested out by the Search and Rescue Division of the Abu Dhabi Police. This has proved particularly beneficial for rescuers, but has other applications such as road traffic management, detecting congestion and managing crowds. Dr Lakas and his team at CAST are also investigating the use of IoT’s LoRaWAN technology for the exchange the information collected by the drones. LoRaWAN is designed to allow low-powered devices to communicate with Internet-connected applications over long-range wireless connections. One of CAST objectives is to use this technique to help drones in crowded air space to exchange information about their whereabouts and flight details. This will help to coordinate flight plans and paths more effectively and also autonomously. This not only helps in improving air traffic control, but helps to prevent mid-air collisions.