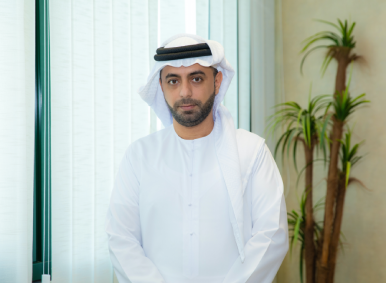 Fady Alnajjar received his M.Sc. degree in AI and his Ph.D. degree in System Design Engineering from the University Of Fukui, Japan, in 2007 and 2010. Until 2016, he was a Research Scientist at the Brain Science Institute (BSI), RIKEN, Japan. He was then appointed as a visiting senior researcher in RIKEN after moving to the College of Information Technology at UAE University.

He was also a visiting researcher at the University of Michigan-USA and the Neural Rehabilitation Group in Spanish Research Council, Spain. At RIKEN-Japan, he conducted a neuro-robotics study to understand the underlying mechanisms for embodied cognition and the mind. He then started exploring the neural mechanisms of motor learning, adaptation, and recovery after brain injury from the sensory- and muscle-synergies perspectives. His research target is to propose advanced neuro-rehabilitation and robotics applications for patients with brain impairments. Now he is an associate professor at UAE University and the founder and the head of the AI and Robotics lab. His research expanded to include developing rehabilitation robotics, integrating image processing and machine learning for people with Motor Disability, Children with Autism Spectrum Disorder (ASD), and the Elderly with Cognitive Impairment.

Fady has published more than 100 articles in peer-reviewed journals, book chapters, conference proceedings, has more than eight registered patents, and has a printed book in "Robot in Education" that targets filling the gap between future teachers and robots. Alnajjar is also a co-founder and organizer of the annual Joint UAE Symposium on Social Robotics (JSSR) since 2015~, and a reviewer for many publishers. In addition to being an academic, Fady is the co-founder and CEO of Meta-Touch, a technology-based startup company established at the Science and Innovation Park at UAEU.

Could robots be used to improve the social abilities of humans, training their capacity for attention and interaction? Is it possible for an individual to learn from robots to establish richer relationships with other humans, fulfilling their inherent empathic potential? These questions are particularly pressing for the individuals who are prevented by clinical factors from establishing typical social relations with others - for example, autistic subjects who experience social attention as effortful and potentially upsetting.

Both systems were implemented in an interactive autonomous humanoid robot. The function of the robot was to increase the attention and engagement levels of the patients during interactive sessions. Increasing the attentional and interactive capabilities of ASD patients has the potential to enhance their academic functioning by gradually habituating them to socially interactive sessions of increasing length. The proposed approach utilizes simplified hardware with some upgrades to the onboard hardware of the robot to target multiple interactions and attention cues simultaneously. This technique can serve as a useful form of ASD intervention to facilitate adaptive interactions with patients based on their status while involving minimal subjective biases. In this study, we empirically tested the proposed system on a group of ASD children. The study empirically proves that the proposed assessment system represents the attention state of the patient with 82.4% accuracy published in Alnajjar, F., Cappuccio, M., Renawi, A., Mubin, O., & Loo, C. K. (2021). Personalized robot interventions for autistic children: An automated methodology for attention assessment. International Journal of Social Robotics, 13(1), 67-82