An inspiring professor full of many achievements

Badreya Al-Jenaibi is a full-time professor in Mass Communications at the United Arab Emirates University. She gained a Ph.D in Public Relations and Mass 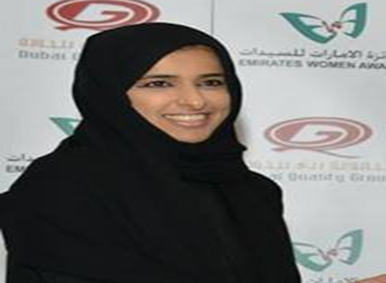 Her research interests include pedagogy, international communications and public relations, as well as the effects of both mass media and new media. She has published 43 articles in peer-reviewed journals in a variety of countries (USA, Canada, England, etc.) Theses publications include the Journal of Applied Journalism and Media Studies, the International Journal of Information Systems and Social Change, the International Journal of E-adoption, the Global Media Journal and the Journal for Communication and Culture. She is a member of the editorial board for a total of 18 peer-reviewed journals.

Professor Al-Jenaibi has received 24 local and international awards. These include the H.H. Hamdan Bin Rashed Al Maktoum Award for best teacher in the UAE in 2017; the Khalifa Award for best professor in the UAE and Arab region. She has also been the recipient of the Best Teacher Award at UAEU and the H.H. Shamsa Bint Sohail Award for the most creative teacher. Additionally, Professor Al-Jenaibi has been judged as an Outstanding Woman Achiever in Mass Communications and Teaching.

Other awards include the H.H. Hamdan Bin Mubarak Award for the best employee in a highly specialized jobs (academic level). Locally, she has won the UAEU Community Service Employee Prize as well as being the most active professor in terms of publication. This is in line with winning her college’s award for research and publishing and the Rashid Award for Academic Excellence.

She is founder and voluntary director of the Mubadrah Student Community Engagement Center, which works with 114 local organizations. She is also heavily involved in charity campaigns, fundraising, other exhibitions and in working with local organizations. One of her initiatives was the ‘Let's Read, Volunteer and Innovate’ Program.

Professor Al-Jenaibi has attended more than 33 conferences and taught on 27 different courses. Her teaching philosophy is innovative and she is always keen to develop her teaching skills.

She likes to travel and took a sabbatical from 2014 to 2015, to go to Beijing, China. Her other hobbies include drawing.