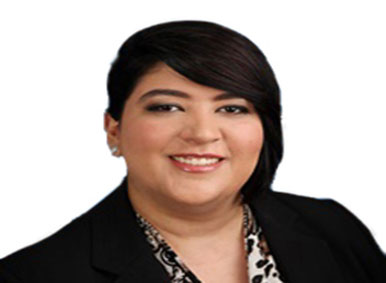 Engineer by Day & Researcher by Night

Shewkar Elbassiouni Ibrahim graduated with the highest honours from the Civil Engineering Department at United Arab Emirates University (UAEU) in 2008. “I remember my days at the UAEU very fondly,” says Shewkar. It was an excellent start for her both academically, and professionally. While she attributes her success to many different factors, the UAEU played an important role. From the level of education and training she received to the very advanced facilities that were available at the UAEU, Shewkar is very proud of her alma mater.

When she was pursuing her undergraduate degree, Shewkar took a few courses in the field of Transportation Engineering, and that is when she discovered her passion for this field. What piqued her interest was how much room there was for innovation and creativity in Transportation Engineering. This became even more evident when she completed her internship at the Roadway, Transportation, Traffic & Safety Research Center under Prof. Yasser Hawas’s supervision. “If you think about it, we all participate in the road network because we either walk, drive or bike to get to work or to return home,” says Shewkar, “for this reason, we need to ensure that this road network is safe for everyone.”

After graduating from UAEU in 2008, Shewkar moved to Vancouver, British Columbia, Canada to pursue her Master of Applied Science degree in traffic safety at the University of British Columbia (UBC). Shewkar did remarkably well in all of her classes and is grateful to her professors at her alma mater for having prepared her for this new step. “The level of education that we receive at the UAEU is world class,” says Shewkar. The faculty is very well-trained and holds degrees from the best universities in the world; they also continue to contribute through the research they conduct at UAEU as well as continue to mould the new generation of graduates to help prepare them for life after university.

After graduating and obtaining her MASc, Shewkar moved to Edmonton, Alberta, to work as a Speed Management Analyst at the City of Edmonton’s Office of Traffic Safety. This was one of the only municipal offices that targets and focuses on traffic safety at the time and she was excited to get started! Soon after, Shewkar moved into a new role as a Traffic Safety Engineer where she focused on improving safety in the areas of speed management, traffic engineering, transportation planning, as well as geometric design. During this time, Shewkar then decided to pursue her Doctor of Philosophy degree in the same field (i.e., traffic safety). “I thought it was important that research is conducted with the industry’s need in mind,” says Shewkar. She clarifies: “it’s essential that the outcome of this research actually helps benefit road safety agencies specifically, and societies overall.” Even though she was warned about the challenges of working and studying simultaneously, Shewkar decided to embark on this journey anyway. “Engineer by day and researcher by night is how I often refer to this stage of my career,” says Shewkar while laughing.

In 2014, Shewkar started working on the City of Edmonton’s Vision Zero Road Safety Strategy. Vision Zero is the goal of eliminating all fatalities and serious injuries as a result of a motor vehicle collisions, “it’s the noblest of goals, essentially, I am working on saving lives,” says Shewkar. She developed the strategy based on a number of different initiatives such as engineering programs, enforcement activities, education campaigns, road user behaviour, as well as new initiatives which look at using innovative approaches to improve traffic safety. “I was working late in my office one night dealing with a stubborn visual basic macro in Excel, and it reminded me of the late nights I spent working on a code that I created for my graduation project at UAEU,” says Shewkar. She continues, “I was first introduced to developing macros for processing of large datasets at UAEU, and it is a skill I continue to work on, albeit with different programming languages now.” In 2015, the City of Edmonton became the first major Canadian City of officially adopt Vision Zero, “it felt like a triumphant success, and I remember taking a deep sigh of relief,” she said.

One of the skillsets that she had an opportunity to practice and hone during her undergraduate degree was giving presentations. “We had to give a presentation at least once during a course at UAEU, if not multiple times,” recalls Shewkar. She remembers her professors stressing the significance of being able to communicate your message, “knowledge can only take you so far in life” but being able to eloquently share your message and deconstruct it into manageable and easy to understand pieces is instrumental. Over her career, Shewkar has given presentations at national, and international conferences. She has also given presentations to Council, Council Committees, international organizations, Lunch & Learn Sessions, guest lectures as well as taught several classes at the University of Alberta.

However, her UAEU professors also inadvertently helped Shewkar develop another skillset. “I remember when Prof. Mohsen Sherif and Dr. Ashraf Biddah asked me to emcee a one-day workshop at the UAEU,” said Shewkar. She remembers being quite nervous as she had never been a master of ceremonies before. Shewkar laughs and says: “little did I know that this was going to be the start of a new trend in my life.”  Shewkar has participated in the organization of many conferences in the past eleven years. In 2009, while she was the president of the UBC Institute of Transportation Engineers Student Chapter, Shewkar organized one of the most successful Industry Nights. This was a conference where members of the industry were invited for a showcase by Transportation Engineering students. It was a great opportunity for the students to market themselves to their potential employers, and also a wonderful opportunity to strengthen university-industry relationships. More recently, in 2016, Shewkar emceed the International Conference on Transportation Innovation, which saw the launch of the first test-bed for connected vehicles in Canada. Shewkar was also the principal chair in organizing the 10th Annual International Conference on Urban Traffic Safety in Edmonton, Alberta in 2018. In addition to organizing and hosting this conference, Shewkar also participated in emceeing and introducing the keynote speakers who attended the conference from all around the world.

In her opinion, Shewkar thinks that a university does not only help prepare students academically for life after graduation, but it also teaches them different skills sets. Not only was the level of education superior at the UAEU, but after having studied abroad, Shewkar was impressed with how UAEU was leading in incorporating technology during the learning process. “When I first moved to Canada, one of the things that I noticed was how adept the UAEU graduates were at using technology without any concern or hesitation,” said Shewkar. As a result, the UAEU graduates are very comfortable incorporating new technology (e.g., smart boards at the time), and software into their careers, which sets them apart from the rest of the employment population. “The facilities that we had at our disposal including buildings, labs, computers and so on, are unmatched,” emphasizes Shewkar.

When asked about her advice to graduating students, Shewkar said: “our lives are a culmination of our experiences, so take advantage of every opportunity that is made available to you.” Some people know exactly what it is they want out of life, but Shewkar says that she was not one of those people, rather, she just worked hard, applied her knowledge, kept an open mind and took advantage of all opportunities that came her way. “The most important piece of advice I can give you is to find a cause you believe in, work hard, be curious, ask questions, and the rest will take care of itself, good luck!”