Global Biodiversity Must Be Protected For Human Survival

The world’s biodiversity is increasingly gaining attention from researchers as more species become extinct due to climate change. 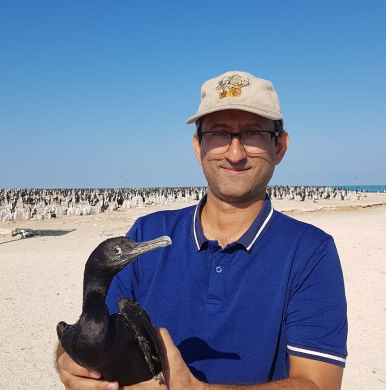 Dr Sabir Muzaffar, a Professor and Wildlife Biologist at the United Arab Emirates University (UAEU), has been working in the field since the mid-1990s, focusing on the ecology, migratory patterns, conservation and diseases of seabirds and waterbirds in North America and Asia. He joined UAEU in 2008, where his work focused on Socotra Cormorants found in the Arabian Gulf.
For the past 12 years, he has been focusing on the different aspects of their biology, their diets, migratory patterns, and their breeding activities, particularly on Siniya Island in Umm Al Quwain. In addition, he has looked at Butina Island in Abu Dhabi and the Hawar Islands in Bahrain.

On the other hand, he has also been involved in disease studies as many wildlife species have different types of diseases which can sometimes be transmitted to domestic animals or to humans.

Dr Oliver Manlik, Assistant Professor of Molecular Ecology at the University, has been jointly researching other areas in the field, mainly the genetic diversity of wildlife populations and the population dynamics of different wildlife species, with a special focus on marine wildlife. As such, much of his research has been concentrated on dolphins in Western Australia, cormorants and fish in the Arabian Gulf, as well as bumblebees in Switzerland. His main interest is in conservation genetics and population genomics, but also includes parasite infections and how host-parasite interactions might be affected by climate change. Other research focuses on demography and population dynamics of wildlife, such as performing population modelling to assess the effect of fishery bycatch on the viability of dolphin population and other species as well. “My main focus is genetics and more recently genomics,” he said. “I am focusing primarily animal populations, and I am interested in how they adapt to a changing environment.”
For that, variable genes are needed. As such, Manlik is assessing the genetic diversity of different Socotra Cormorant populations within the UAE, including Abu Dhabi, as well as in Bahrain and outside the Arabian Gulf. The genomic study that Manlik is conducting, together Dr Haslina Razali, may allow them to identify genomic regions that are important to the adaptation to extreme environmental conditions – high temperatures and high salinity – in the Arabian Gulf. Moreover, the study allows them to infer population structure of the cormorant populations, which is specifically of interest to him as it is a crucial factor for their protection. 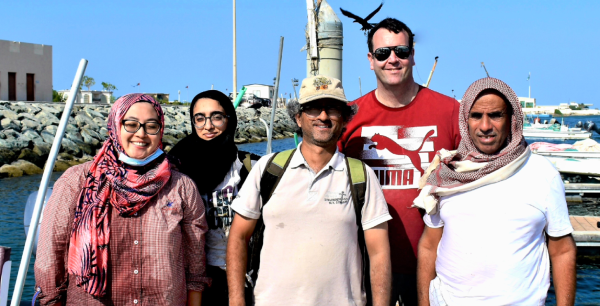 Such work calls for different conservation strategies, in which genetics and genomics can play a vital role. Measuring the amount of gene flow can also help in finding out whether a declining population can be rescued. The combination of such assessments allows researchers to discover whether these different populations, in or out of the Gulf, are adapted differently.

The project is crucial, as the world is made up of many species, which collectively provide important ecosystem services, such as providing food, medicine or removing greenhouse gases, like carbon dioxide, from the atmosphere. These help to sustain, not only the world’s climate, but also the world’s human beings. “So ultimately, we are dependent on the biodiversity of the world for our own existence,” Muzaffar explained. “And what is happening around the world is that, gradually, all sorts of species are declining.”

With humans having limited or no control over the climate nor the renewal of water and soil, researchers find that the more diverse the groups of organisms present, the more stable the environment becomes. Within that context, much of this complexity that keeps the environment stable and liveable is lost, as large areas of land are eliminated or replaced by farms or cities. As a result, Muzaffar’s research focuses on changes in populations, as well as their distribution and interaction with one another, to sustain this complexity in biodiversity.

For that to happen, the whole environment must be looked at, including the sediment, water and land, as well as different types of pollutants that may linger in the ecosystem. Many of the fish species in the Gulf are also more susceptible to this pollution due to the region’s highly dense population, which causes waste to be discharged in the sea, impacting living organisms such as phytoplankton, zooplankton, larger fish, whales, and even human beings. “Our recent study found mercury levels in fish that exceeded permissible limits for human consumption,” Muzaffar said. “This constitutes a hazard for human beings.”

Humans heavily rely on species diversity and biodiversity because such organisms provide ecosystem services, like pollinators. Beyond that, ecosystem services provide oxygen for humans to breathe and live, as they take away some of the atmosphere’s carbon dioxide.

Just as importantly, having many genetic variants is crucial for species to survive. A study comparing threatened and non-threatened species revealed that 77 percent of cases of threatened species had lower genetic diversity. “Having a larger gene pool increases the capacity for organisms to adapt to a changing environment,” Manlik noted. “Certain genetic variants are important for survival and reproduction and, ultimately, the persistence of populations and species.”

He hopes to identify which genetic variants are important to adapt to a changing environment, and which are linked to reproductive success and to survival. Some of the studies performed on Socotra Cormorants might allow the team of researchers to identify some genomic regions that may be vital to these extreme conditions in the Arabian Gulf. And with climate change continuing to impact the global environment, Manlik expects similar conditions in other areas of the world. Within that context, finding out which genes are critical to survive in these harsh conditions will be paramount.