Director General of the Government of Dubai’s Media Office 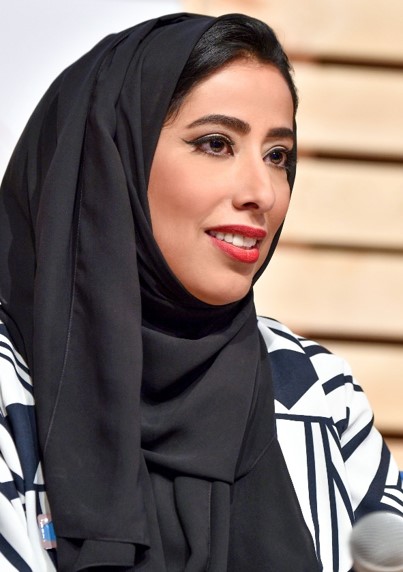 Mona Ghanem Al-Marri built a distinguished career in the field of media and strategic communication, in addition to her prominent role in the field of supporting women and expanding the circle of her participation in society, which made her one of the influential young leaders in Dubai and the United Arab Emirates.

Al-Marri holds many leadership positions in the media field. She is the Director General of the Dubai Government Media Office, President of the Dubai Press Club, Secretary General of the Arab Journalism Award, Chairman of the Organizing Committee of the Arab Media Forum, Chairman of the Organizing Committee of the Arab Social Media Pioneers Summit, and a member of the Emirates Experts Program launched by His Highness Sheikh Mohammed bin Zayed Al Nahyan, Crown Prince of Abu Dhabi and Deputy Supreme Commander of the Armed Forces in January 2019, where she was chosen as the program guide for the media sector and innovative industries, in addition to her chairmanship of the Dubai Council for the Future of Media, which is one of the "future councils" launched by His Highness Sheikh Hamdan bin Mohammed bin Rashid Al Maktoum, Crown Prince of Dubai at the beginning of 2019, as a platform for making the future of vital sectors in Dubai over the next 50 years.

She is also a member of the boards of directors of: "The Young Arab Leaders Foundation", "The National Media Council", and "Dubai Media Corporation", which also supervises the publishing sector in it, in addition to her membership in the first board of directors of Dubai Media City when it was established in 2001.

Mona Al Marri began her career in the field of women's empowerment and support in the year 2003 when Her Highness Sheikha Manal bint Mohammed bin Rashid Al Maktoum chose her as her deputy in the presidency of the Dubai Ladies Club. Al-Marri also participated in the founding and development of the Dubai Women's Foundation, which currently chairs its board of directors. In 2015, she assumed the position of Vice President of the Emirates Council for Gender Balance.She was selected by the World Economic Forum on the list of Young Arab Leaders for the year 2014 in recognition of her pioneering role and professional achievements. The Forum also granted her membership in its Global Agenda Councils.