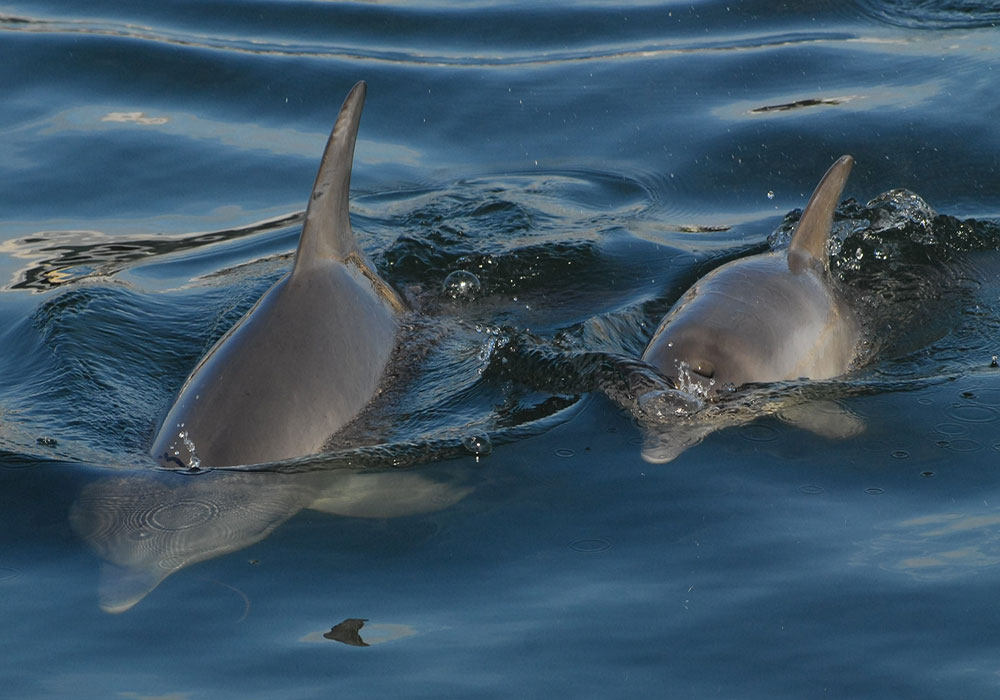 International Team of researchers from United Arab Emirates University, Murdoch University, University of New South Wales, University of Western Australia and University of Hawaii conducted an analysis of dolphin genes that has revealed information about their past migrations, showing just how crucial migrants might be for other populations

A new study by an international team of researchers, investigated genes to find out about past migration of dolphins. By looking at genetic variants in bottlenose dolphins (Tursiops aduncus), the scientists found that one population off Bunbury, Western Australia, was once an important source of migrants. “These dolphin migrants from Bunbury were probably important in supporting the stability of nearby populations” says lead author Dr. Oliver Manlik, Assistant Professor at the United Arab Emirates University. This is in sharp contrast with a previous study had shown that the Bunbury dolphin population may decline because they are currently not producing enough offspring. “If that is now true, then the Bunbury dolphins may no longer be able to continue supplying emigrants to support other populations, putting these other dolphin populations at risk as well” explains Dr. Manlik.

The previous study also showed that reproduction is key to the persistence of the Bunbury population, and, if undisturbed, it is possible that the Bunbury dolphins produce more offspring again in the future. In that case, the Bunbury population might be ok, and be able to support its neighbouring populations again.  “For the conservation of these dolphin populations, it is important to monitor them closely, and in particular, to keep a close eye on the reproduction of the Bunbury dolphins” says Dr. Delphine Chabanne of Murdoch University, who has been studying these dolphins in Australia for several years.

“Dolphins have no borders, and persistence of animal populations often depends on a ‘rescue effect’, a scenario in which a declining population is ‘rescued’ from extinction by immigrants from other populations” says Dr. Manlik. It is therefore important for scientists to identify ‘source’ populations, populations from which individuals emigrate, and ‘sink’ populations who receive the migrants. “Genes are information” says Prof. Bill Sherwin (University of New South Wales), and “they can tell us whether populations are isolated or connected, as well as about migration patterns in the past—important information for wildlife conservation”. The new study, published in the journal Marine Mammal Science, is a nice illustration of how modern genetics can use information from genes to gain a glimpse into the past, unravelling past migration patterns of animals.